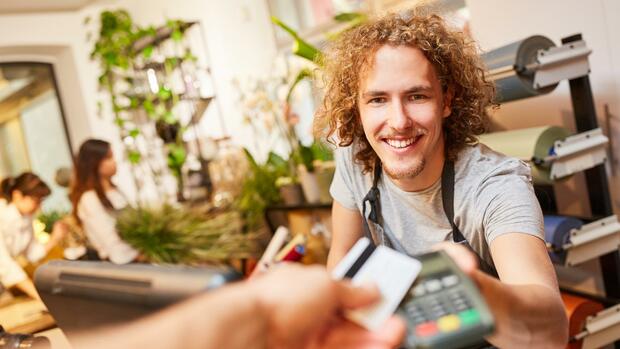 Big European banks want to create a European payment card. It should be part of a new payment system.

Frankfurt, Paris Big European banks have started an ambitious project: They want to set up their own pan-European payment system for the credit card companies Mastercard and Visa should stand up to the challenge. An interim company for the European Payment Initiative (EPI) has now been founded, now further details about EPI are known.

EPI shareholders are not only aiming to establish a new payment method, but also to create a uniform brand for it. Thierry Laborde, Deputy General Manager and responsible for regional markets at the major French bank BNP Paribas believes that when the brand is created, it will be found in customers’ wallets and on card readers – just like Visa and Mastercard. “The aim is for the European brand to process around 65 percent of payments in Europe by 2025,” said Handelsblatt,

In addition to BNP, other major banks from France and Germany as well as Belgium, the Netherlands and Spain are joining EPI, and the German savings banks are also involved. The payment service providers have only just got involved Worldline from France and Nets from Denmark, who process payments at the till and online on behalf of retailers.

Joachim Schmalzl, member of the board of directors at the Sparkassenlobbyverband DSGV and supervisory board of EPI interim company, announced on Friday that further shareholders would join in the next few days. Part of EPI is also to be a new payment card, as Joachim Schmalzl said at a Bundesbank conference.

In addition to the physical EPI payment card, the planned new payment system is to contain a digital wallet, or wallet in technical jargon. Digitized payment cards are provided for this. The corona crisis is not only ensuring that consumers are increasingly paying with cards or smartphones instead of cash in Germany.

The new payment system is scheduled to start in 2022

The start of the new payment system is planned for 2022. It would make the European banking industry less dependent on US companies such as the credit card companies and network providers Mastercard and Visa, through which, according to the Bundesbank, more than two thirds of European card transactions run. The national systems for card payments in some European countries are based on their technology, and cross-border payments are processed via Visa and Mastercard.

In addition, competition from US tech companies is growing. Apple and Google have long since launched their own payment services, Apple Pay and Google Pay. They are also essentially based on Mastercard and Visa. For online payments, on the other hand, many consumers use non-bank providers such as the US payment service Paypal. Nets and Worldline should ensure that as many retailers as possible accept the EPI system.

It is becoming apparent that the financial institutions will have to reckon with huge investments. “The costs are estimated at a few billion euros for investments and marketing,” said BNP manager Laborde. “And then there are the individual costs of each bank to rebuild the information systems on a European basis or to ensure that they are adapted.”

See Also:  Have you already seen the WhatsApp statuses in your App? Look at them before they are deactivated, they have to do with your privacy

In order to raise the high sums, the banks are hoping for money from the European Commission. “The EPI project meets the criteria to be a good candidate for funding from the EU Recovery Fund,” said Laborde. “If there is a European project, it is this: to create a European payment architecture that makes it easier to pay.”

Banks need to work together

According to Laborde, the EPI interim company is now to investigate how the payment model around the digital wallet and real-time payments can be made profitable. At the head of the company, which is later to become a holding company, is the payment expert Martina Weimert, partner at the consultant Oliver Wyman. The EPI shareholders only announced this on Wednesday. Oliver Wyman and Weimert themselves advised the banks at EPI from the start, Weimert has been working in Paris for a long time.

In view of the high level of investment and strong competition, EPI is seen as a major challenge for banks that are currently grappling with the consequences of the corona crisis. Oliver Hommel, payment expert at the consulting firm Accenture, sees the greatest hurdle as the fact that banks and payment service providers have to agree on a truly sustainable process. “It would be a problem if everyone involved was primarily concerned about bringing their existing systems and processes to EPI without having a really innovative solution in mind,” says the expert.

The financial institutions and payment service providers also have to be persistent for EPI. According to Hommel, given the tight margins in payment transactions, it will take a long time for the investments to pay off. When paying by card or smartphone at the till, the banks only receive a small portion of the turnover. This also applies to other payment service providers. For payments from cell phone to cell phone, which should also be part of the EPI, consumers generally do not accept a fee at all.

See Also:  a record of new cases established in Quebec