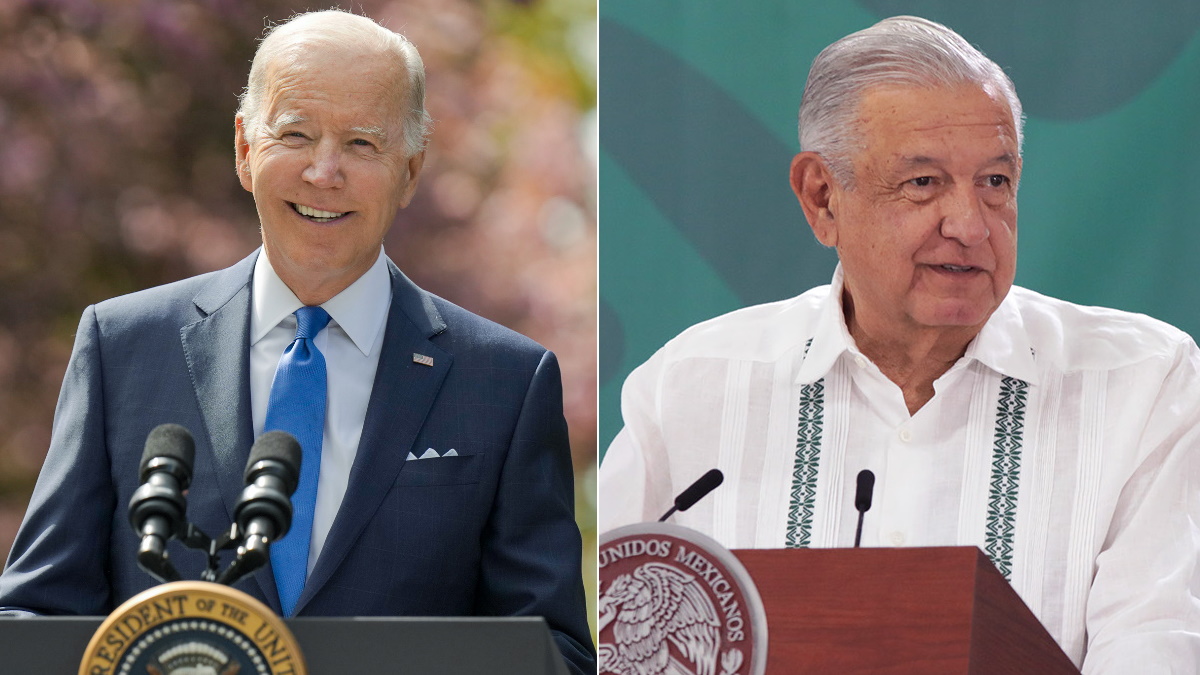 the president of USA, Joe Bidentried to coordinate this Friday with his Mexican counterpart, Andres Manuel Lopez Obradora strategy common to the flowwithout precedents” of migrants who are arriving at the frontera common

Both leaders held a virtual meeting that White House described as “constructive” and López Obrador branded “cordial“, at a time when Biden He is concerned about the arrival at the southern border of the United States of an unprecedented number of undocumented immigrants in two decades.

Most of the conversation was focused on migration, and it was about (…) taking steps to reduce migration at the (common) border”, said the spokeswoman for the White House, Jen Psakiin his daily press conference.

The virtual meeting, to which the press did not have access, took place a few weeks before the IX Summit of the Americas, to be held in June in Los Angeles (California) and in which both leaders are likely to meet in person.

Later, Joe Biden highlighted that in the virtual meeting “we discussed the importance of working together on our broad and deep agenda, including competitiveness, regional growth and human and effective efforts to reduce irregular migration.”

Today, I spoke with President López Obrador of Mexico. We discussed the importance of working together across our broad and deep agenda — including competitiveness, regional growth, and humane and effective efforts to reduce irregular migration.

Biden, who declined to comment on the meeting during a later event at the White Houseraised to López Obrador how to jointly manage “the unprecedented migratory flows” that the United States is receiving, explained before the meeting a senior US official, who requested anonymity.

In March, an unprecedented record in 22 years was recorded in arrests of undocumented immigrants on the US border with Mexico: border authorities intercepted migrants 221,303 times, 33% more than in February, according to data from the Customs Office and US Border Protection (CBP).

The nationality of the migrants who arrive is also changing: 40% of those intercepted in March were neither from Mexico nor from Central American countries, and many arrived from Cuba, Nicaragua or Colombia, according to the same data.

At the moment, the United States automatically deports the majority of undocumented immigrants who arrive at its southern border, without giving them the opportunity to apply for asylum, under a rule known as Title 42 and which is protected by the pandemic.

We had a cordial conversation with President Biden. We discussed issues of interest in the bilateral relationship and agreed that Secretary Marcelo Ebrard will visit Washington on Monday to advance on issues of cooperation for development and the Summit of the Americas. pic.twitter.com/IIWeLii7S7

The uncertain future of Title 42

Los US Centers for Disease Control and Prevention (CDC, in English) recently announced their plan to rescind that rule on May 23, which was imposed in 2020 under the mandate of Donald Trump and that Biden has maintained.

However, that plan is in the hands of a Louisiana judge, who has suspended the Administration’s preparations for 14 days to end that rule.

The magistrate has set a hearing for next May 13, in which he could adopt a definitive resolution on the future of Title 42.

Although it is not clear if the measure will finally end on May 23, the issue has entered strongly into the political debate in the United States, where the Republican opposition tries to take advantage of the prospect of a massive migratory wave when that rule ends.

Six months before the legislative elections in November, the White House wants to avoid a humanitarian crisis on the border that could harm Democratic candidates, and is already preparing a plan to reinforce the border area with Mexico.

Distance yourself from Trump

The call between Biden and López Obrador took place in that context, but the White House He did not clarify if the US president made any specific request to the Mexican to reinforce the southern border of Mexico and prevent the passage of more undocumented immigrants heading to the US.

Of course, the spokeswoman for the White House He wanted to distinguish the position of the US president from that of his predecessor, and stressed that Biden was not “threatening the Mexican president in any way”, as Trump did.

The virtual meeting between Biden and López Obrador took place a week before he embarks on a trip through Cuba and Central America, countries of origin of many of the migrants who are arriving at the common border.

Both presidents agreed that Mexican Foreign Minister Marcelo Ebrard will visit Washington this Monday “to advance on development cooperation issues and the Summit of the Americas,” López Obrador revealed in a tweet after the call.

Biden has advanced that his main objective at the Summit of the Americas is “to draw a new regional approach to improve the way” in which migration in the region is managed “jointly for the next decade,” he said in a statement this month. .

Even if the United States rescinds the call Title 42the Biden government intends to “significantly expand” the rapid expulsions of undocumented immigrants at the border through Title 8, which is the standard norm by which the US carries out deportations, according to the White House.

Reducing salaries and layoffs.. Twitter employees are angry at Mask