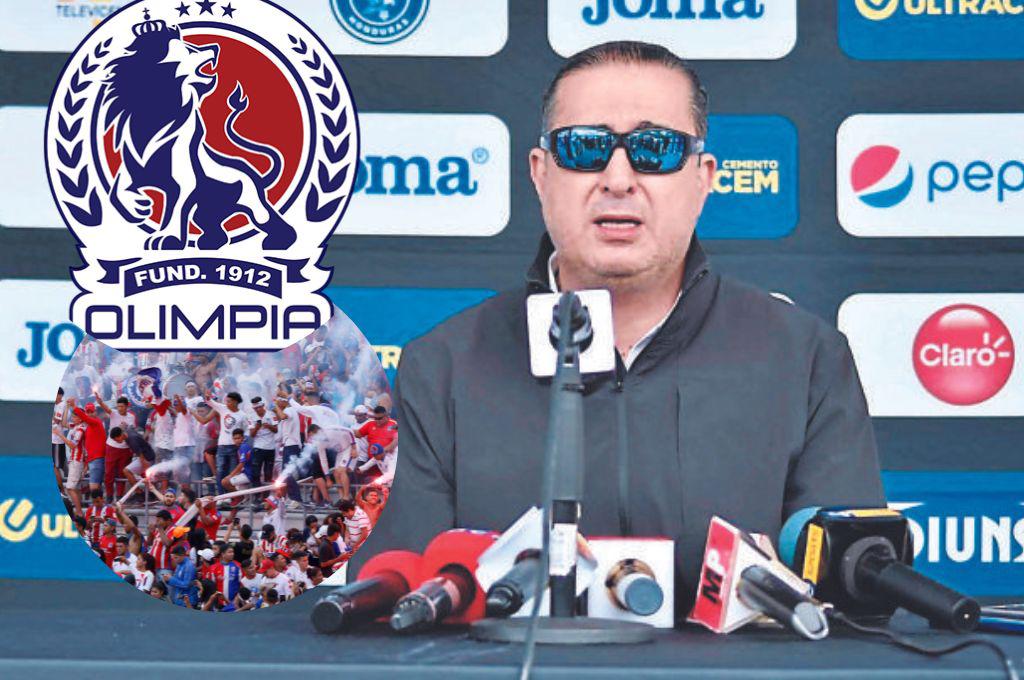 The capital final between Motagua and Olimpia will be played in its first episode this Sunday at 4:30 in the afternoon at the Carlos Miranda Flores stadium. The president of the Blues, Pedro Atala, spoke of this transcendental commitment.

The boss of the nest reconfirmed the setting where the first leg will be played and invited the blue fans to support the team.

“The game will be played next Saturday, the first game of the final against our bitterest rival, our neighbor, Olimpia. The program is scheduled for 4:30 pm. We expect a full house of Managüenses fans”.

The kings of the finals! The soccer players from Motagua and Olimpia with the most tickets to the big party of the National League of Honduras

The security issue has become a sensitive issue when it comes to games between Motagua and Olimpia due to the rivalry of their bars, therefore, Atala referred to the matter.

“In the next few days we will meet with the National Police to establish that the visiting bar will not be able to enter the property, just as we have been doing previous games and especially in a smaller stadium like Carlos Miranda de Comayagua, which is in very good condition. . We hope it will be a nice final between the most popular teams in Honduras”.

He added: “The authorities requested that the game be strictly for local fans, in addition there is an agreement between bars that has been respected since last year when it became official.”

The president for life of the Cyclone dreams of lifting the champion’s cup and warns that although the key is complicated, his team has what it takes to come out on top in this Honduran soccer final.

“We are excited to win the 19th Cup, we know that it will not be easy because the matches in these instances against Olimpia are very tough, but we are clear that Motagua has to get its claws out in the finals. We hope to get an important result in the first leg to take that first step”.

Returning to the path of victory has made the squad have raised spirits. “Last week we had several meetings with the group to see what was happening with the group and we understood that there was a mental shock. It was almost 60 days of not being able to win and it was very positive that we were able to win in a good way in the semifinals”.

“We are negotiating some mobile bleachers that are made of aluminum and that have already been placed in that stadium a long time ago. The rear areas where the goals are located have good terrain where they can be installed perfectly and with them we would add 2,000 people for each bleacher. We expect a capacity of 13,000 people in the stadium,” Pedro told the radio program Dos Canchas of Radio Cadenas Voces about the number of fans expected.