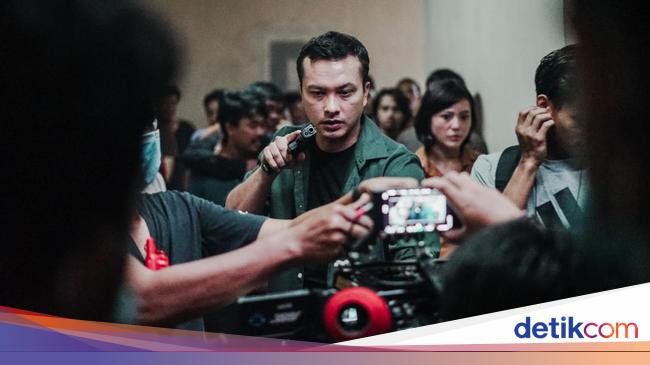 Rudi Soedjarwo is directing the film ‘ Wings of Broken Wings ‘ which will be aired on August 18, 2022 in all Indonesian cinemas. The film is the result of the work of Maxima Picture and Denny Siregar Production.

The film, starring Nicholas Saputra and Ariel Tatum, is a romantic drama genre and is wrapped in action scenes. Other actors who play a role in this film are Nugie Nugroho, Poppy Sovia, Gibran Marten, Revaldo, Ariyo Wahab, and senior Indonesian rapper, Iwa K.

In this film, Nicholas Saputra is told as a police officer named Aji who was involved in the tragedy at the Mobile Brigade Command Headquarters in 2018. Meanwhile, Ariel Tatum, who plays his wife named Nani, struggles during pregnancy.

In the romantic genre, the love story of Aji and Nani presents a strong relationship. The love relationship between Aji and Nani must be separated because of Aji’s dangerous assignment at the Mobile Brigade Command Headquarters.

Meanwhile, several scenes of the actions of Aji and other police at the Mobile Brigade Headquarters in fighting terrorists also attracted quite a bit of attention.

The film ‘ Wings of Broken Wings ‘ is the first film that brings together Nicholas Saputra and Ariel Tatum . Even though it was the first time, the chemistry between the two was quite good.

Nicholas Saputra and Ariel Tatum managed to present a romantic love story in Aji and Nani. The quality of their acting is also able to evoke the nuances of an interesting drama.

Usually known as a rapper, Iwa K in the film ‘Broken Wings’ managed to seize attention. Iwa K plays a terrorist named Leong who is involved in the tragedy of the riot at the Mobile Brigade Command Headquarters.

Leong is the main antagonist in this film with a character who is quite relaxed and ambitious. Even so, the terror that Iwa K brought in the form of Leong still felt.

To explore this role, Iwa K even visited the terrorist prisoners in Nusakambangan directly. This makes Iwa K’s role as the main antagonist enough to give a deep impression on the audience.

Marvel’s Spider-Man Remastered: just a few threads away from a masterpiece