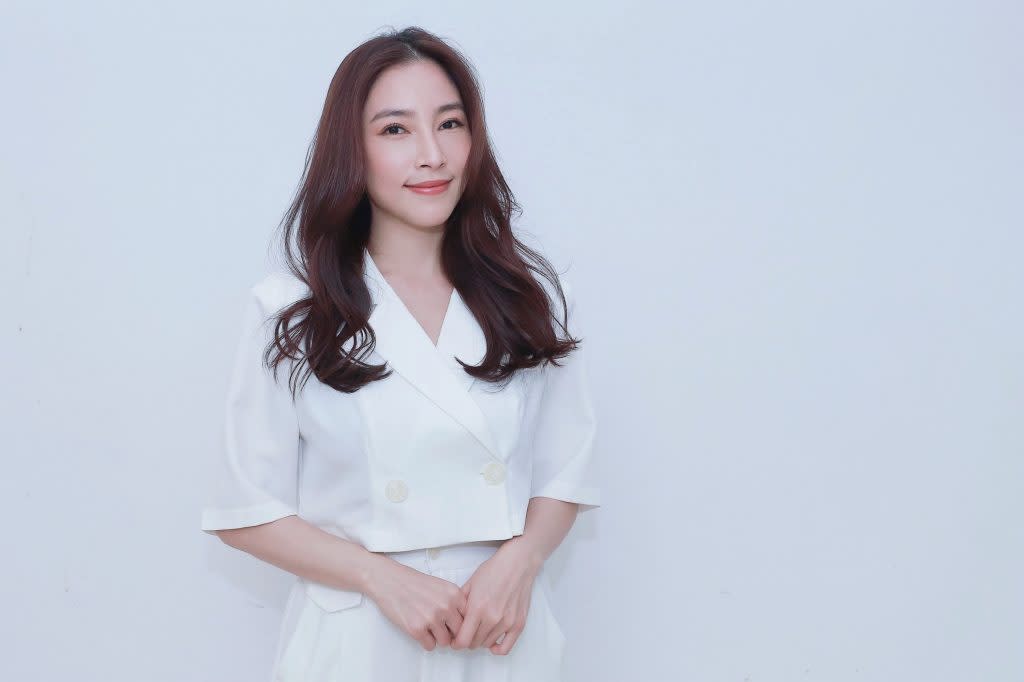 Drama life is really wonderful. Five years later, Zhang Jiawei instantly transformed into a gentle goddess as the plot of “Golden Years” on the eight o’clock file of the People’s Television Station, and was called “Xiao Qian” by Zhang Shuwei, and the two collaborated for the first time.

After some twists and turns, the protagonist of the story of “Golden Years” will welcome a new life in 5 years. In the play, Zhang Jiawei and Zhang Shuwei also changed their styles for the story 5 years later. Zhang Jiawei’s appearance was full of fairy spirit, which made many staff members Said that it is too fragrant and too beautiful, Zhang Jiawei is also happy that this style has been well received and will continue to be beautiful.

Zhang Shuwei said that as soon as he saw Zhang Jiawei’s dress, he directly changed his name to call her “Xiao Qian” because she was dressed in white and had long flowing hair, much like “A Chinese Ghost Story”.

Zhang Shuwei and Zhang Jiawei collaborated for the first time on the eight o’clock file. Zhang Shuwei praised her for her quick response, she had a tacit understanding of the play, and she found it very comfortable after working together; Zhang Jiawei praised Zhang Shuwei’s flexible acting skills, and the effect of each finishing touch made the play more eye-catching.

However, as soon as Zhang Shuwei hugged Zhang Jiawei, he bluntly said that the only downside was that he had to lose weight, so Zhang Jiawei shyly explained that the crew’s food was very good, and due to the epidemic prevention, they would buy what they wanted to eat and enjoy them at home after work. The result is often over-buying.

As for whether they will become a couple in five years’ time, Zhang Shuwei said that many viewers beat “Jiang Rupei” (Johnny and Meng Ru), but the relationship between the two will actually be more complicated. I still like Ah Bang (played by Huang Wenxing), but the wedding of Ah Bang and Qingwen has been hindered, implying that their brotherhood should have a follow-up.

Emirates welcomes Gabriel Jesus to Arsenal: Welcome to us

Summer drenched with heat… Brain Health, and Foods to Boost 5