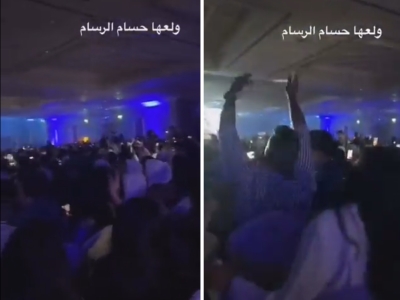 Al-Marsad newspaper: The Iraqi singer Hussam Al-Rassam’s concert in Kuwait sparked controversy on the country’s social networking sites between supporters and opponents because of “dancing and mixing”.

The video showed the concert held in the Kuwaiti Al-Arabi Club for the singer “The Painter”, amid the interaction of the audience of both sexes; This sparked the ire of some parliamentarians.

In this context, the Kuwaiti newspaper “Al-Qabas” reported that the Kuwaiti “Ministry of Information” will suspend the company’s license for a period of 6 months due to the failure of the organizers to comply with the requirements of the permit granted to them.

The newspaper said: “The ministry’s actions come against the backdrop of the demands of a number of representatives of Islamic currents that decisive measures should be taken against what they considered violations during the ceremony.”

Shohei Ohtani, batting average .250, OPS.971 | Full-Count with 1 of 3 instead of looking up at the heavens blocked by the shift