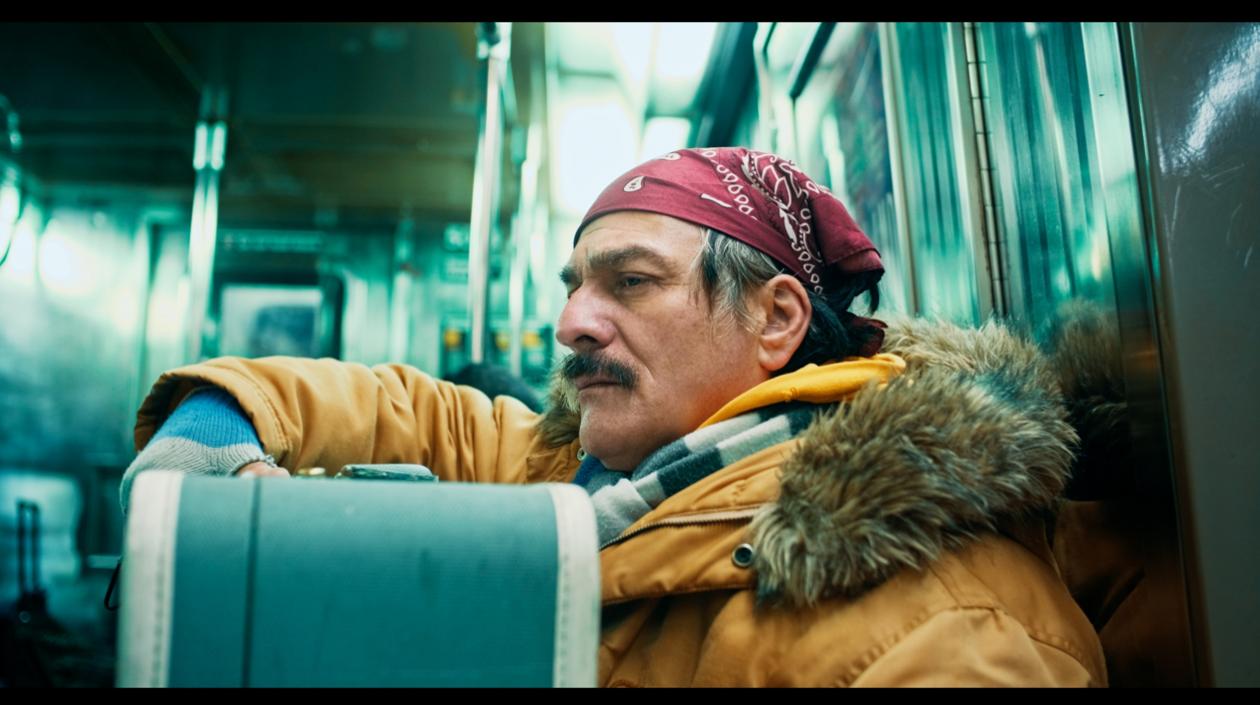 Inspired by his own experiences as an immigrant in the Big Apple, the Colombian filmmaker Harold Trompetero made “A partner in New York”a comedy with which he explores the complaint of many foreigners in the United States that the “American dream is not what they paint it to be”.

“Emigrating is a very difficult thing, and moving to a city like New York is even more complicated”, Trumpetero said in an interview with Efe on the subject that inspired his new film, which premieres this Thursday in New York.

Winner of the Golden Lion at the Cannes Advertising Festival, the filmmaker and publicist dedicated his 21st film to recounting the odyssey of Armando Pulido Carachas, alias “Carachitas”, Colombian construction worker who, encouraged by his cousin who already lives in the US, decides to try his luck in the north and look for “American dream”.

“We all come with that desire to succeed, to look for a space. The problem is that when we arrive we realize that things are not as they are painted”, warns Trompetero, 51, who emigrated to the United States after winning the highest advertising award in Cannes in 2000.

Considers that the experience of emigrating produces “a lot of pain”, andespecially for Latinos who maintain very strong ties with their family and their country of origin.

“But it is because of our ability (of Latinos) to see things through the lens of joy, laughter and black humor that we stand up,” maintains the director, who shares credits in the script with Alejandro Matallana.

It is an idea shared by actor Carlos Hurtado, who plays “Carachitas”.

“It is only by laughing at the situation that one can endure trials as hard as sleeping in a subway in the middle of winter in New York or not being able to change clothes for days,” tells the protagonist, who recorded in sub-zero temperatures on the streets of the Big Apple.

With more than 30 years of experience in Colombian television and cinema, Hurtado assures that he found a great connection with his character.

“They told me the same thing as ‘Carachitas’: what are you doing with that talent wasting time in Colombia; come here (USA) there is work and they pay you very well’”, tells the actor about the reason why he went to Miami to look for job opportunities in American productions in Spanish.

“You come excited and you are not prepared for them to close the door on you, for them to say no, or in many cases for them not to open the door for you or answer a call from those who encouraged you to come”, points with a smile to add: “And that’s not counting all the money you spend.”

A situation that is not strange for thousands of Colombians and other immigrants who are currently arriving in the US and New York, warns Trompetero.

“We knew that immigrants constantly arrive in New York but we did not expect that the film is released just when the issue is in the midst of a controversy,” says the filmmaker, who had already dedicated two of his films -“Violet of Thousand Colors” (2005) y “Riverside” (2008)- to that city.

With this, Trumpetero alluded to the buses with dozens of immigrants who are being sent from the border to New York as part of a strategy by the Republican governor of Texas, Greg Abbott, against the immigration policy of President Joe Biden.

The Colombian director, who returned to live in Colombia, complains about the political use that is being made of immigrants, and how they are used to run a business “very profitable”.

“In Colombia there are already ‘coyotes’ (people traffickers) who are doing work in humble neighborhoods and offer the full trip. On the other side there are also ‘brokers’ offering investor visas to the upper classes”, bill.

For his part, Hurtado regrets that the countries of origin of immigrants do not have policies to prevent their nationals from being forced to leave. “Carachitas really does not want to leave his country. Before leaving he is already missing his house, his family, his neighborhood, but circumstances push him. And that history repeats itself and repeats itself and nothing is done”, points.

The actor hopes that the comedy can put the issue back on the table. “We need more humble workers like ‘Carachitas’ to be protagonists of movies and television series. We also have to give them the opportunity.” the actor concludes.

The film is also released on August 18 in Spain with the title “A Compadre in New York” and in Peru as “A Paw in New York”.

“We decided to adapt the name because not everyone understands the meaning of ‘parcero’, a very Colombian word to say friend or compadre”, Trumpeter commented.

After the exhibition in theaters, the film will be part of the catalog of the Vix + platform.

LeBron officially decides on his future at the Lakers!