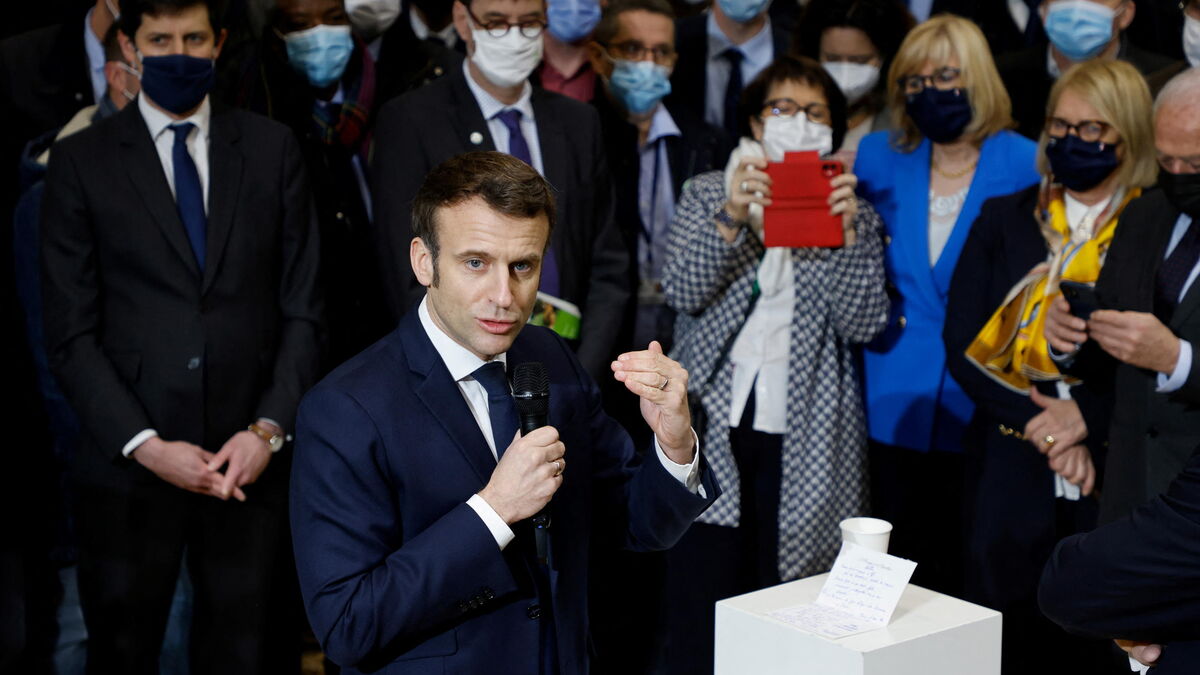 He spoke for 20 minutes to the farmers and journalists present on the spot. The war in Ukraine “will last” and “we must prepare for it”, warned Emmanuel Macron this Saturday at the agricultural show, indicating that the government was preparing “a resilience plan” to deal with the economic consequences of this crisis. The president also convened a defense council “on the situation in Ukraine” at 5 p.m., the Elysée announced on Saturday morning.

“War has returned to Europe (…) If I had to give you one conviction this morning, it is that this war will last” and “will not be without consequences for the agricultural world”, he declared to officials. agriculture by inaugurating the show in Paris. President Emmanuel Macron, monopolized by the Russian invasion in Ukraine, inaugurates this Saturday the Agricultural Show but will not stroll through the aisles as usual.

Delighted by this 58th edition after a blank year due to the pandemic, the agricultural world was firmly waiting for a presidential candidate and an attentive ear, for ten or twelve hours, to the major challenges of tomorrow’s agriculture: more hands, less carbon emissions and a balanced diet that respects people, animals and nature.

“War has returned to Europe. We see ourselves today in an unprecedented, serious, and historic context,” said Emmanuel Macron as he inaugurated the Agricultural Show (his visit will be greatly shortened compared to the program initially planned). #Ukraine pic.twitter.com/bWiBFg3d7W

The show, still threatened a few weeks ago by the health crisis, was finally inaugurated by a president who was not yet a candidate. Emmanuel Macron should then go to greet Neige, the muse cow of the event, who took up residence Thursday evening in the exhibition center at Porte de Versailles. Then Prime Minister Jean Castex will take over to go around the show, and defend the results of the five-year term six weeks before the ballot.

As the fighting intensified around Kiev, the Elysée had stressed that it was important that Emmanuel Macron come despite everything to inaugurate the event to testify to the President’s “commitment” to farmers and by “republican tradition”.

Several large groups are established in Ukraine, particularly in the dairy, cereals and seeds sectors. Lactalis, which will have a stand at the show, has three production sites in the former socialist republic. “In the event of a risk in the areas where factories are located, we will ask for production to be stopped and the early return of employees to their homes,” explains the dairy giant.

The surge in energy prices (including the gas used to make fertilizers), cereals and vegetable oils will also have repercussions at the national level. Livestock sectors are very dependent on cereals to feed animals, especially poultry and pigs. Their production costs had already jumped in 2021 (+ 30% for wheat), without sales prices changing at the same pace.

There is agreement in the national teaching parity | The unions accepted the Government’s proposal that represents a salary increase of 45.46 percent