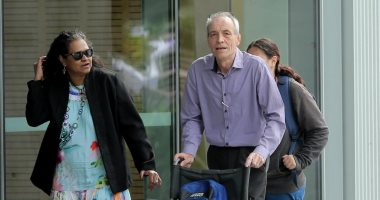 An Australian citizen named Simon Charles Durante Day, 56, claimed that he is the son of King Charles III, who inherited the throne days ago, succeeding the late Queen Elizabeth II, according to what was published by the Australian newspaper “News” Thursday.

The Australian, who coveted to be heir to the British throne, said he was born in 1965 by then 17-year-old Charles and 18-year-old Camilla, long before their relationship began.

Simon Charles Durante Day said he plans to take new legal action to force the new king to undergo a DNA test, writing in a post on his Facebook page: “Charles got what he wanted: took the throne, won his wife, and got it all. It’s time. Now for me to get my happy ending.

Durante Day believes a DNA test will prove he is the rightful heir to the throne, as he was born before Prince William.

He said that hearing the news of Prince William being named Prince of Wales for male heirs to the throne was a slap in the face, and said, “I don’t want to feel that way, but I do. I just think the least Charles can do is give me an answer.” – Confess me. William gave such an address, where is my answer? Where is my DNA test? If you are not my father, prove that you are not.”

It is unlikely, however, that Charles would volunteer to take a DNA test and could not be forced to take it up by a British judge, since he is now above the law as king.

Last week, after hearing the news of the Queen’s death, Durante Day shared a tribute to his “grandmother known as Lillipet”, and shared kind words about his alleged relatives.

Durante, who claims to be the son of King Charles III, was born in the United Kingdom in April 1966, and was adopted in Portsmouth, United Kingdom by a family with ties to the Queen, and is believed to have been born to Charles and Camilla, who claims they met in 1965 after their meeting at Winston Churchill’s funeral. .

But reports indicate that Charles and Camilla did not meet until 1970 and did not mention that their relationship began until 1986, and in a 2021 interview with Network 7 News Durante said his grandmother, who worked for the king, told him he was the son of Charles and Camilla.