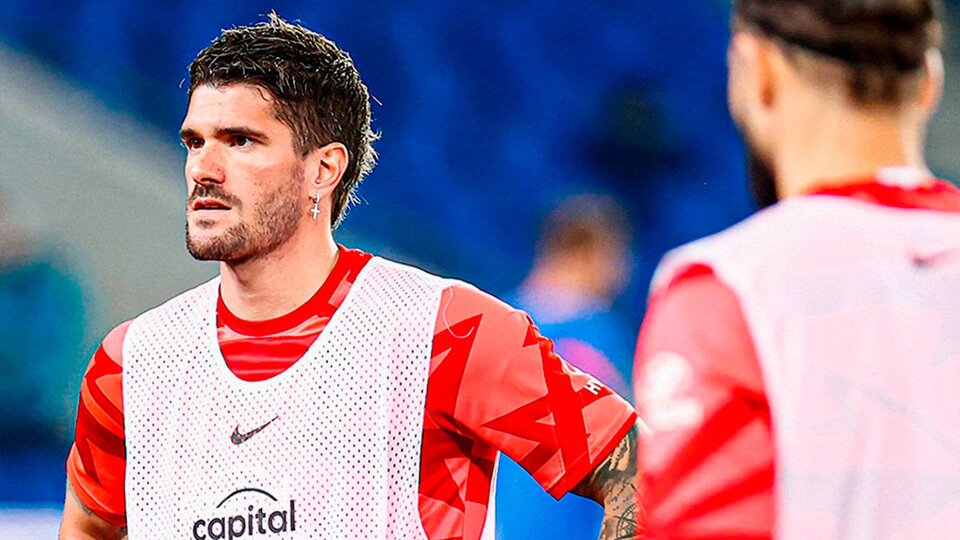 Atlético de Madrid is going through perhaps the worst moment in the last decade under the technical direction of Diego Simeone and the Spanish press attributes it this Friday to “a broken wardrobe”, in which the Argentine Rodrigo De Paul is viewed with suspicion by historical footballers.

The newspaper Mark reflects that in the current coexistence of the “colchonero” campus There is very little “group union”, the one that allowed the conquest of LaLiga in the 2020-21 season. “Nothing remains of that cohesion largely due to decisions that have been made in these months. Some aimed to be a success in sports but they have hurt in coexistence, essential in any group and more if we talk about a top-level locker room. And there, two proper names: De Paul and Antoine Griezmann. The two great signings of the course”, notes the newspaper.

De Paul “came into a star role that didn’t sit well with the hard core and veteran. Nor has it been done that he has ‘separated’ Luis Suarez from the rest of the group because of the friendship that unites them, Messi through.”

Griezmann “has adapted better thanks to the teammates he already knew and that captain Koke is a close friend of his”, even if “Another thing is that Simeone has put him in the eleven from minute one, killing (Ángel) Correa”, without respecting the principle of “meritocracy”, says Marca.

The former San Lorenzo, according to the article, “is one of the most loved and respected players” by a squad with different “clans.” There is a “Balkan connection” made up of Jan Oblak, Sime Vrsaljko and Stefan Savic and another group of “Brazilian-Portuguese” descent made up of Joao Félix, Renan Lodi, Matheus Cunha and Felipe who are joined by the Belgian Yannick Carrasco and the French Thomas Lemar.

Atlético de Madrid moved away from the LaLiga fight and is 16 points behind the leader Real Madrid after reaping a win, a draw and three losses in the last five dates. In addition, the team did not pass the first instance of the recent Spanish Super Cup played in Saudi Arabia and this Thursday was eliminated in the round of 16 of the Copa del Rey, after losing to Real Sociedad.

The “Cholo” Simeone’s team’s main objective is the fight for the European Champions League, whose participation in the final phase will begin in February in a round of 16 series with Manchester United.

The quarter-final matches of the Copa del Rey

Athletic Bilbao, which comes from eliminating Barcelona in the round of 16, and Real Madrid, protagonists of the final in the recent Spanish Super Cup, which the whites won 2-0 in Saudi Arabia, will meet again in the quarterfinals of the Copa del Rey, according to the draw held this Friday at the Real Madrid headquarters. Spanish Football Federation (RFEF).

The other three keys of the competition were defined as follows: Real Sociedad-Betis, Valencia-Cádiz and Rayo Vallecano-Mallorca. The matches will be played on February 1, 2 and 3. It will be the last round of a single match, since the semifinals will take place over two legs.

Popess of reality TV, the Varoise Magali Berdah invites herself into politics to speak to the “despised”