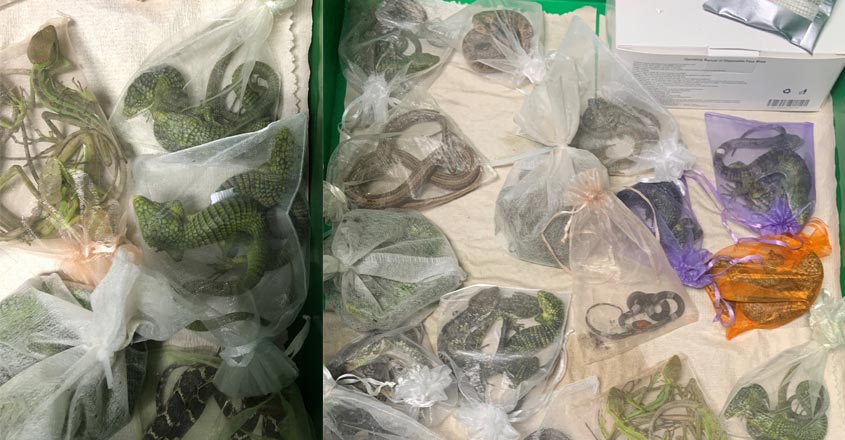 Defendant arrested for trying to smuggle hundreds of reptiles, including crocodiles, lizards and snakes. Jose Manuel Perez, an American national, was arrested. He was apprehended while crossing the border in a car from Mexico to the United States.

About 1,700 reptiles were found in his possession. The lizards and four snakes were found hidden inside the jacket. They were hidden in the pocket of his jacket and inside his trousers. During the inspection, Jose told customs officials he had nothing. But when he found the reptiles, he claimed they were his pets.

The car was carrying a variety of reptiles, including the Yucatan Box Turtle, the Mexican Box Turtle, and the Mexican Beaded Lizard. Attempting to smuggle them is a violation of the Convention on International Trade in Endangered Species of Wild Phone and Flora. It is estimated that the value of all the animals captured is over half a crore.