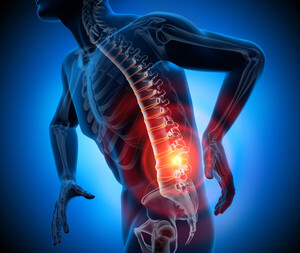 Sometimes, in the morning, the back is stiff or not moving well. Most of the time, the pain gradually disappears during daily life, but if you simply think of it as ‘did you sleep wrong’ and go over it, it can cause serious illness.

Occurs most often in young men

Ankylosing spondylitis is a disease that occurs more often in younger people than in middle-aged and elderly people who often suffer from back problems. It is a disease that mainly occurs in people in their 20s and 30s, and according to a 2020 survey, more than 65% of all patients were found to be in their 40s or younger.

Ankylosing spondylitis is an autoimmune disease in which the ligaments or tendons of the spinal joints lose their flexibility and become stiff. The cause was not clearly identified, but it turned out to be related to a specific gene called HLA-B27. It is also characterized by a 2.5 times higher incidence in men than in women.

Ankylosing spondylitis has symptoms similar to those of a herniated disc, so the treatment period is sometimes missed. The average time it takes for patients to be diagnosed with ankylosing spondylitis is 21 months. As it is an unfamiliar disease, it is easy to mistake it for another disease, so it takes a long time to diagnose.

A herniated disc is a pain caused by a protruding disc in the spine and stimulating the nerve, but the main cause of ankylosing spondylitis is inflammation of the spine.

The main symptom of ankylosing spondylitis is back pain that lasts more than 3 months. It often starts slowly, and the back is often stiff when waking up in the morning.

It can also hurt your hips as well as your back. It is a symptom that occurs when inflammation has penetrated beyond the spine to the hip joint.

In addition, more than half of the patients have peripheral arthritis in the arms, legs, and knees.

◇ Early treatment is possible… should be exercised

Ankylosing spondylitis can be prevented from progressing if properly treated in the early stages. Therefore, it is important to visit the hospital immediately and get a diagnosis when the initial symptoms are found, such as stiff back when waking up in the morning.

Kangdong Kyunghee University Hospital Rheumatology Professor Lee Sang-hoon mentioned in an interview with Health Kyunghyang, “Ankylosing spondylitis can be treated properly in the early stages, and if the progression is suppressed and joint damage is prevented for 10 to 15 years, there is no need to worry too much afterwards.”

To increase the treatment effect of ankylosing spondylitis, exercise should be combined with drug treatment. It is good to move the joints little by little within the range of movement so that the lower back does not stiffen. Stretching and swimming are considered good exercises.

Yellow alert in 3 districts in Kerala; Wind will blow at a speed of 40 km – Heavy Rain Rain in Kerala | IMD