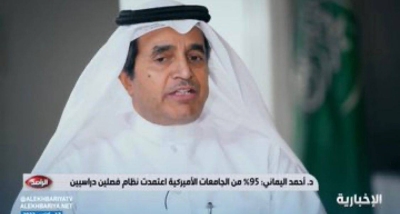 Al-Marsad newspaper: The Director of Prince Sultan University, Dr. Ahmed Al-Yamani, explained that shifting the study to the three-semester system instead of the two-semester system needs a complete arrangement in the admission system, the faculty and students currently studying at the university.

He continued his speech, pointing out that after the study, they decided to keep the situation as it is after the ministry’s decision, which granted the absolute option to private universities.

After our studies, we found more than 95% of American universities adopt the two-semester system.. And switching to 3 semesters needs complete arrangement.#monitor pic.twitter.com/CnClKpXlXb