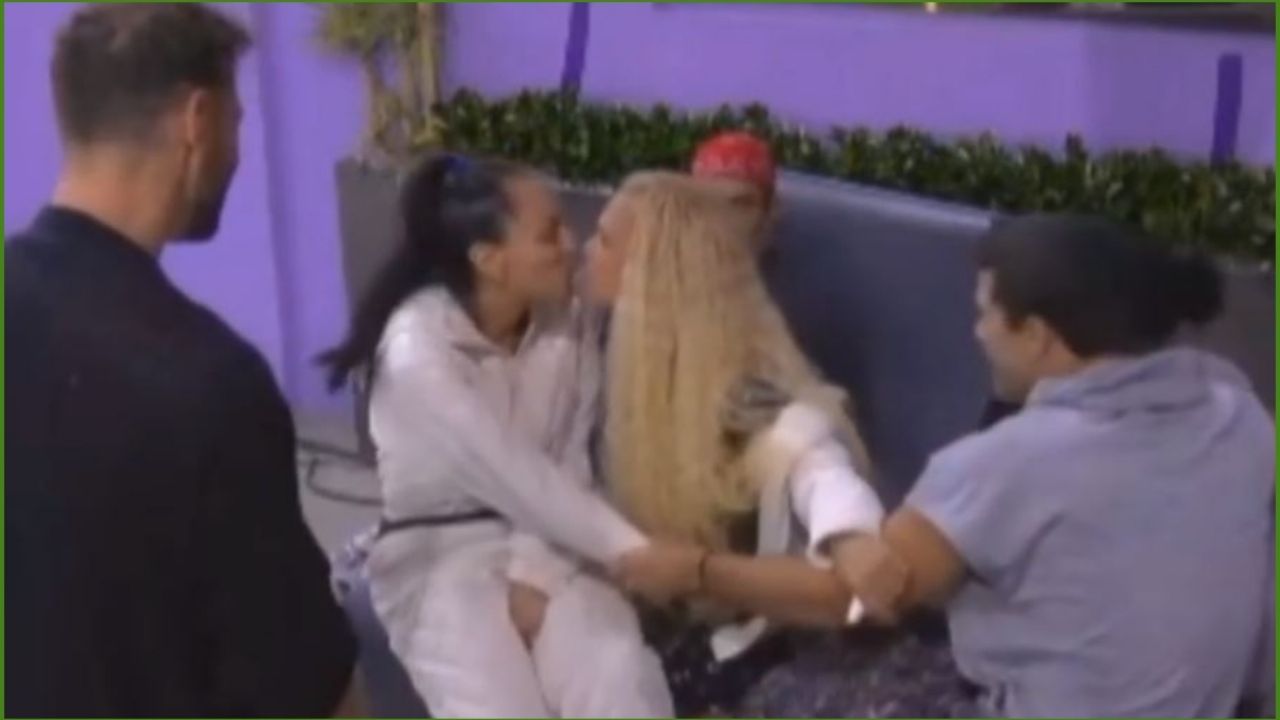 Tempers flared in the house of celebrities 2in between Yvonne Montero y Niurka Marcos, with a kiss that left more than one shocked during the last hours in the Telemundo reality show.

The Cuban brought out her skills as a teacher and gave a kissing chair to the Mexican dancer and actresswho was embarrassed by the scene, but did not feel bad for having given the Cuban a thunderous kiss.

Everything happened during the night while the two of them and other of their companions were talking in the patio of the house, when suddenly, the request arose from some of the competitors so that Ivonne I would give a kiss to Lewiswith whom in recent days a more than friendly relationship has been forged.

Montero did not agree at first instance and looked visibly embarrassed by the mere idea of ​​kissing in public with Lewisnevertheless, Niurka was in charge of detonating the petition and so that Ivonne not feel embarrassed “helped” him with a kiss on the mouth and then things changed.

Mexican actress and modelagreed to kiss the Cuban and once she was relieved, then yes, it was because of her gallant that she planted a rich kiss on the lips before the festive attitude of his classmates.

Both Montero and Lewis They have been the subject of conversation in recent days, both are single and without commitments and in the absence of love and caresses within the house, the two have shown that they can be something more already being out of the competition.

The romance between the two arose after Ivonne gets involved with the model and actor Edward Rodriguez, whom he publicly unmasked inside the house, after the model (and father of the son of Vanessa Guzmán) ranted against Ivonne.

While on Lewis’s side, he has been a victim of the machismo of his colleagues due to the relationship he has with Montero and we can only thank Niurka for continuing to put on a show, since between her and Laura Bozzo they are being in charge of the controversy and the scandal in the house.

Did Ivonne Montero walk with Sebastián Rulli? She says that the actor used it to gain fame in Mexico

Machismo in “The House of the Famous”? Men rant against Ivonne Montero for a kiss with a member

Next Instagram update could make you delete the app

French Open 2022: Carlos Alcaraz wins against Sebastian Korda with a great show and is in the round of 16