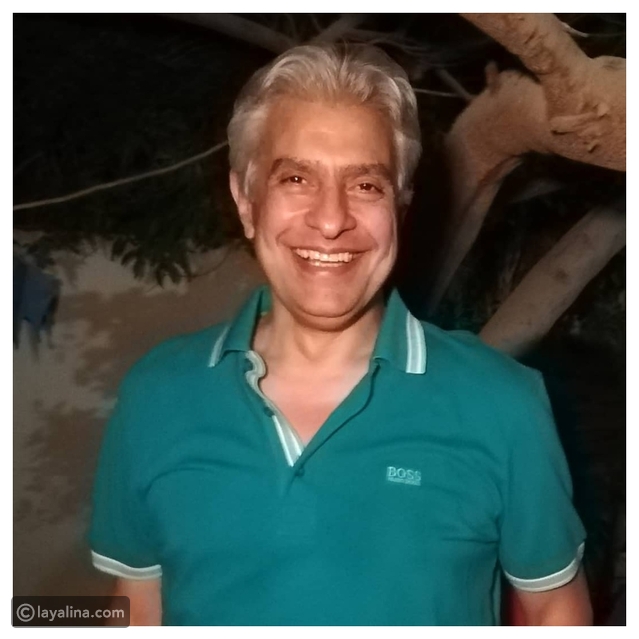 Related Articles
The death of the Egyptian journalist, Wael El-Ibrashi, due to the repercussions of Corona
Video and photos of Cyrine Abdel Nour’s breathtaking look at Wael Kfoury’s concert
Wael El-Ibrashi’s video for Halima Boland “Why don’t you speak normally like people?” Her reaction is shocking

A number of social media users shared a video clip of the famous horoscope expert, Laila Abdel Latif, during announcing her expectations for the new year, in which she announced the death of a famous and prominent media figure, for some to express their shock, especially since this video was circulated a few hours after the death of the Egyptian media, Wael El-Ibrashi. .

Followers expressed their shock at the expectations of Laila Abdel Latif, in which she announced that this year will witness the loss of a famous and prominent media figure without announcing the name to link the public between her expectations and the death of Wael El-Ibrashi.

In her expectations, Laila Abdel Latif said: “This year, we will lose a famous and prominent political journalist.” Social media users expressed their shock at Laila Abdel Latif’s predictions for 2022, especially with regard to the death of a famous media figure.

The comments varied between attacking comments to promote the predictions of astronomers and horoscopes, and others expressing her shock at the accuracy of Laila Abdel Latif’s predictions, and among the comments: “The astrologers lied, and if they coincidentally, I mean, even if their predictions happened by chance, it is a lie,” “I mean, the whole year and with Corona for sure.” A journalist, artist and actor will die, and all people will die. What is the dangerous discovery? You said, “Laila Abdel-Latif stated that she has intuition and a sixth sense, not an astrologer, and God is all-knowing.”

As stated in the comments: “I mean, every year, a prominent media figure will die, or an actor or a celebrity will die, and there is nothing new.” “I ask God’s forgiveness, what are you talking about, even the jinn do not know the unseen, maybe they know that they have been tired of Corona for a while and hit the lungs. And this is rare for them to live,” “Indeed, I do not know that the Corona virus is killing those over 50 years old, and I know that Al-Abrashi is sick and dangerous.”

Others criticized the promotion of Laila Abdel Latif’s video and the belief in her expectations, considering that everything she says is inaccurate predictions, and among these comments: “Originally the issue is that the average person can expect a spreading virus and media professionals, what many of them mean something is an invention, and then these predictions are not accepted”, “from the end of 2021.” And he is on the verge of death from Corona. I wanted to take advantage of the sick, is the patient, “Oh, peace, I mean death is infallible for this group. I told something normal, natural, and possible and possible with it.”

The death of Wael Al-Ibrashi

After a long suffering that lasted for nearly a year, the Egyptian media death disappeared Wael Al-Ibrashi He passed away at the age of 58, following the repercussions of the virus Corona neoplasms and lung damage.

The late journalist was infected with the Corona virus a whole year ago, and despite his recovery from the virus, he continued to suffer from the repercussions of the virus Corona The new covid-19 virus, as a large part of his lung was damaged as a result of the virus.

Al-Ibrashi remained in the hospital for many months, suffering from the repercussions of the virus, despite the talk of some doctors about the improvement of his health condition, and he himself announced the procedure for physiotherapy in order to quickly return to media work.

However, he died in the end, and did not return to the screen again, which caused great shock and sadness to the followers who were hoping for him to return to the screen again. Youssef Al-Husseini, in his ninth program on Egyptian TV, where the latter came as a replacement for Al-Ibrashi, until he returns and resumes his work after his full recovery from the effects of the virus.

How long do Omicron symptoms last? And what do we know about his vaccine? | health