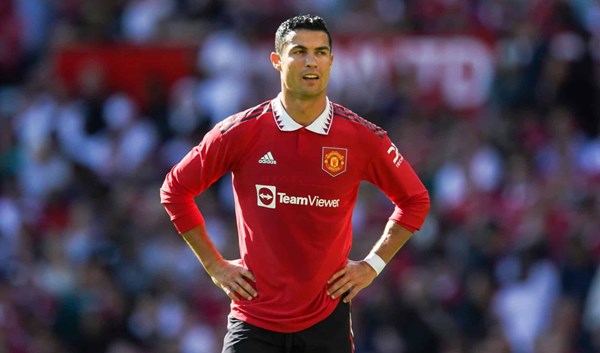 Manchester United publishes a statement responding to Cristiano Ronaldo’s statements, which he made in his last interview.

Manchester United announced today, Friday, that it will “take appropriate steps” to respond to the statements of the Portuguese player, Cristiano Ronaldo, in the interview with Piers Morgan.

In the interview, Ronaldo criticized the English club at all levels, including coaches, management and teammates. He stressed that United needed restructuring, and that he did not respect the team’s coach, Eric Ten Hag.

The “Red Devils” said, in a statement, that “Manchester United this morning took appropriate steps in response to the recent media interview with Cristiano Ronaldo.”

“We will not comment further until this process has come to a close,” the statement added.

Earlier, a number of United legends, including Gary Neville (who was also attacked by Cristiano in the interview), called for United to terminate the Portuguese contract due to his public criticism of the team.

And English press reports stated that it is difficult to see Ronaldo in the Manchester United shirt again.