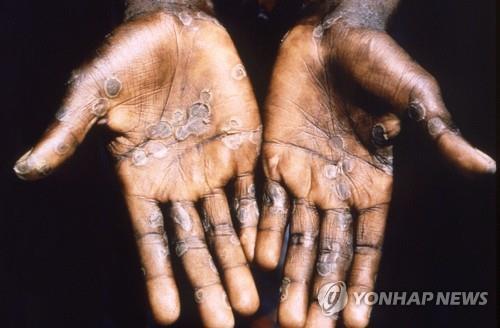 (Cairo New York = Yonhap News) Correspondent Kim Sang-hoon and Kang Geon-taek = Monkey pox, which has been infected in Europe and North America, was officially reported for the first time in the Middle East.

According to Israeli media such as the Jerusalem Post on the 21st (local time), a man in his 30s was confirmed to have been infected with monkey pox the day before.

According to Ichirov Hospital in Tel Aviv, the man, who recently returned from a trip to Western Europe, visited the hospital with symptoms of monkey pox, and the test result came back positive.

The Israeli Ministry of Health explained that the man was exposed to a patient with monkeypox while traveling abroad and is being treated in isolation and in a stable condition.

Monkey smallpox mainly occurred in central and western Africa, but in recent weeks it has been confirmed in several countries in Europe and North America.

10 European countries including the UK, Spain, Portugal, Germany, Belgium, France, the Netherlands, Italy, Sweden and Switzerland, as well as the United States, Canada and Australia are the countries with reported cases.

There have been no official reports from the Middle East yet.

It is the second case in the United States after Massachusetts on the 18th.

The New York patient is being treated in isolation, and health authorities have launched an epidemiological investigation to determine the route of infection.

Symptoms such as fever, headache, muscle pain, lymphadenitis, and fatigue appear when contracted with a viral disease called monkeypox. It usually recovers within a few weeks, but in some cases it can become severe.

The mortality rate is in the range of 1 to 10% depending on the strain. It is usually transmitted through respiratory tract, but there is a possibility of transmission through sexual contact.

According to the World Health Organization (WHO), there are about 80 infections and 50 suspected cases worldwide.

What exercises to do to lose belly fat?