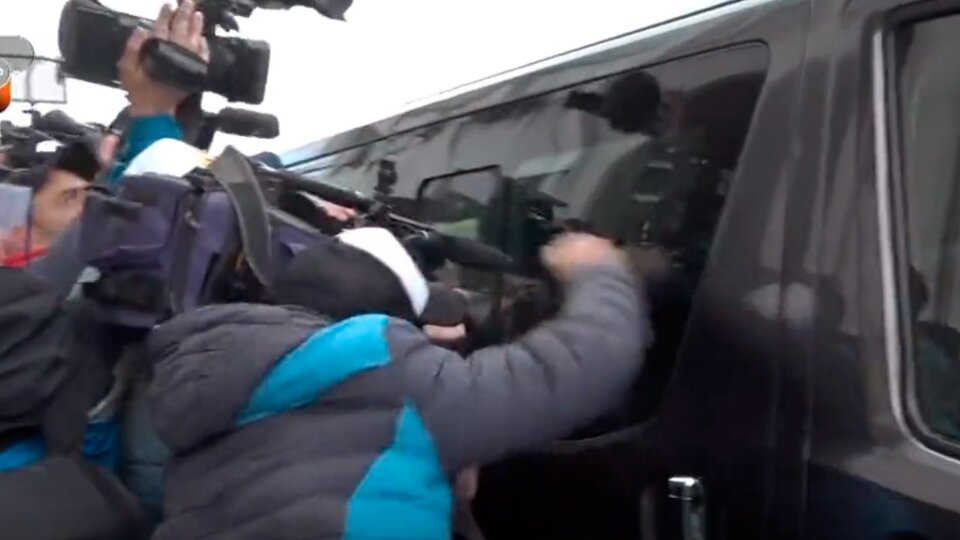 Before Sergio Massa was sworn in as Minister of Economy, Production and Agriculture, a group of people attacked the official car that was transporting the new member of the national Cabinet. With insults and direct blows against the window where Massa was sitting, the minister entered the government house through the esplanade of Rivadavia Avenue.

The moment was recorded by the TN, C5N and IPnoticias cameras that followed Massa’s official car and the notario Lautaro Maislin was later rebuked by two of the protesters. “Tomorrow you are going to go out saying that I am a macrista, that I am a gorilla and all that shit. I am from Moreno,” shouted the young man who faced Maislin.

According to the notero, that young man was wearing a cap that identified him with a libertarian group like the one headed by Javier Milei and was the person who was registered as the aggressor of Massa’s car.

The same group of people -around 20 men and women-, according to television reporters, were the ones who staged an escrache against Juan Grabois on Tuesday, when the social leader entered the special session in which Massa’s resignation was accepted and Cecilia Moreau assumed as president of the lower house.

“Who’s blood is going to be on the street? Cover. Are you proud of the looting? People are starving. Go to Cuba son of a bitch. Do you want to impoverish people? You keep us polenta”, were some of the cries yesterday against Grabois.