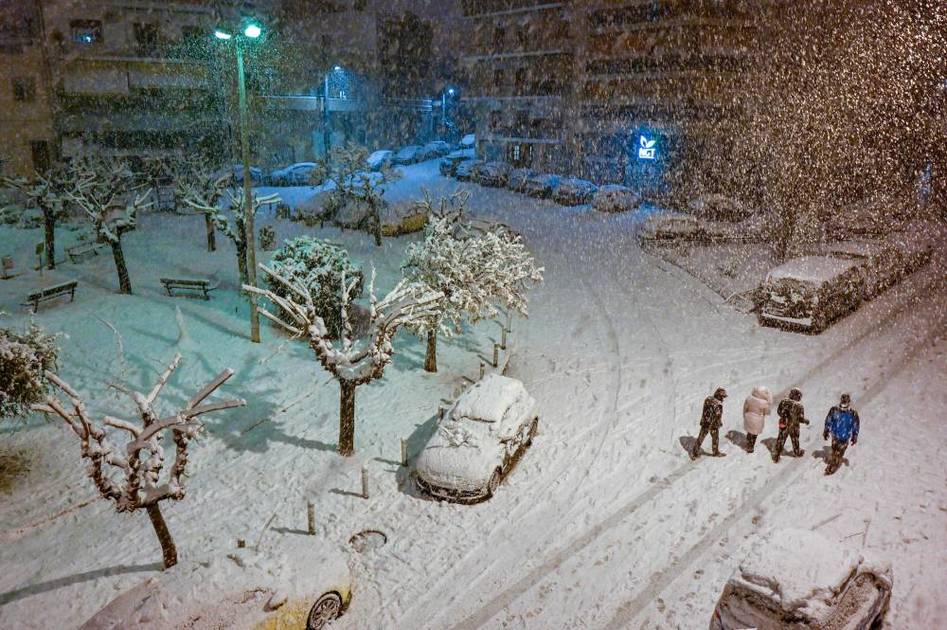 Rescue crews, including the army, evacuated overnight thousands of people stuck in their cars on a motorway in Athens, after a snowstorm swept across Greece on Monday, blanketing the capital and causing traffic chaos.

More than 3,500 people were evacuated early Tuesday morning, government spokesman Giannis Okonomo said, with some leaving their cars and moving on foot, but about 1,200 cars remained stuck on Attiki Odos Road, the capital’s main ring road.

“It was a very difficult night, and the miraculous evacuation efforts are still going on in Atiki Odos,” Oikonomo told a Greek TV channel.

“We are still in a very difficult stage, as all expectations indicate that we will face climatic difficulties again within a short period,” he added.

Today, the authorities declared a public holiday and closed government offices and private businesses, except for supermarkets, pharmacies and gas stations in the greater Athens area and on some islands.

Fifteen passengers were injured when a railcar tried to pull a train carrying about 200 passengers that had stopped in heavy snow in central Greece.

Storm Elpida is expected to last until Wednesday.

“You will show the whole world that you are heroes”