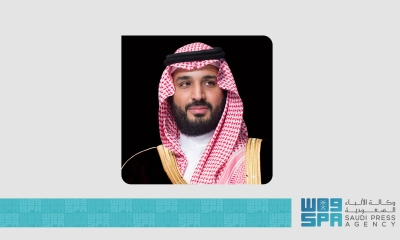 Al-Marsad newspaper – SPA: His Royal Highness Prince Mohammed bin Salman bin Abdulaziz Al Saud, Crown Prince, Prime Minister and Chairman of the Supreme Committee for Green Saudi Arabia – may God protect him – announced the launch of the second edition of the “Green Middle East Initiative Summit” on November 7 and The “Green Saudi Initiative Forum” will be held on November 11 and 12 in Sharm El-Sheikh, Arab Republic of Egypt, under the slogan: “From Ambition to Action”, in conjunction with the United Nations Climate Change Conference (COP27).

The Crown Prince thanks the Egyptian President

His Highness said: “I would like to thank His Excellency President Abdel Fattah El-Sisi and the Egyptian government for hosting the two events on the territory of the sisterly Arab Republic of Egypt this year, coinciding with the convening of (COP27), which brings together the countries of the world under one umbrella to advance global climate ambitions, by stimulating joint action. At the local, regional and global levels, which comes from the belief of the Kingdom of Saudi Arabia and the Arab Republic of Egypt in the importance of collective participatory work to confront the environmental and climatic challenges that the region and the world are witnessing.”

To complement the success of the first summit of the Green Middle East Initiative hosted by Riyadh last year, the second edition of the Green Middle East Initiative summit will be held to shed light on the most prominent climate challenges facing the region and their global dimensions, through a strategic platform that promotes joint cooperation, exchange of experiences and discussion of ideas between Concerned heads of state and government ministers and policy makers in the countries of the region, thus contributing to accelerating the transition towards a green economy and building a more sustainable future for future generations.

An elite group of speakers and experts

The second edition of the Green Saudi Initiative forum this year will also bring together a group of speakers, experts and thought leaders to discuss the progress made in implementing the initiatives previously announced by the Kingdom to confront climate change. To meet the climate challenges affecting the entire world.

Information about the two initiatives

It is noteworthy that these two initiatives were launched by His Highness the Crown Prince – may God protect him – last year to enhance the Kingdom’s environmental efforts during the previous years in accordance with the Kingdom’s Vision 2030, in exchange for the Kingdom’s serious desire to confront environmental challenges represented by high temperatures, low rainfall, high dust waves and desertification, and as part of Its efforts to promote public health and raise the quality of life for its citizens and residents.

Objectives of the Green Saudi Initiative

The Green Saudi Initiative aims to plant (10) billion trees throughout the Kingdom during the coming decades, and raise the percentage of protected areas to (30%) of the total areas of the Kingdom, in addition to reducing carbon emissions by (278) million tons annually by 2030.