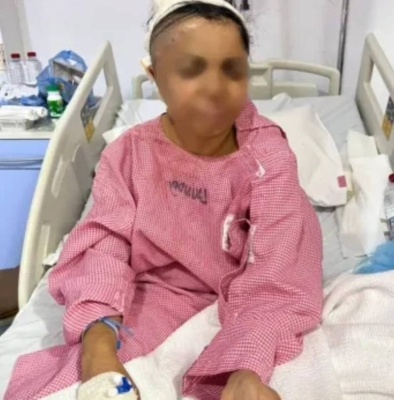 Al-Marsad Newspaper: The Ministry of Human Resources and Social Development has started investigations with a report from King Khalid Hospital in Hail, about a domestic worker being beaten and bruised, malnourished, and her poor health, and appropriate official measures have been taken with employers.

A security source explained that the file of the domestic worker will be handed over to the Ministry of Human Resources and Social Development in the region, to complete all legal procedures against those involved in the family, before transferring them to the Public Prosecution, according to the newspaper, “Okaz”.

A source in the branch of the Ministry of Human Resources indicated that if it is proven that the domestic worker was assaulted by the employer, he will be prevented from recruiting, and he will be obliged to pay a financial fine, according to the list of domestic workers, without prejudice to what is required by other regulations that apply against the aggressor, as it is one of the crimes criminal offenses entailing public and private rights.