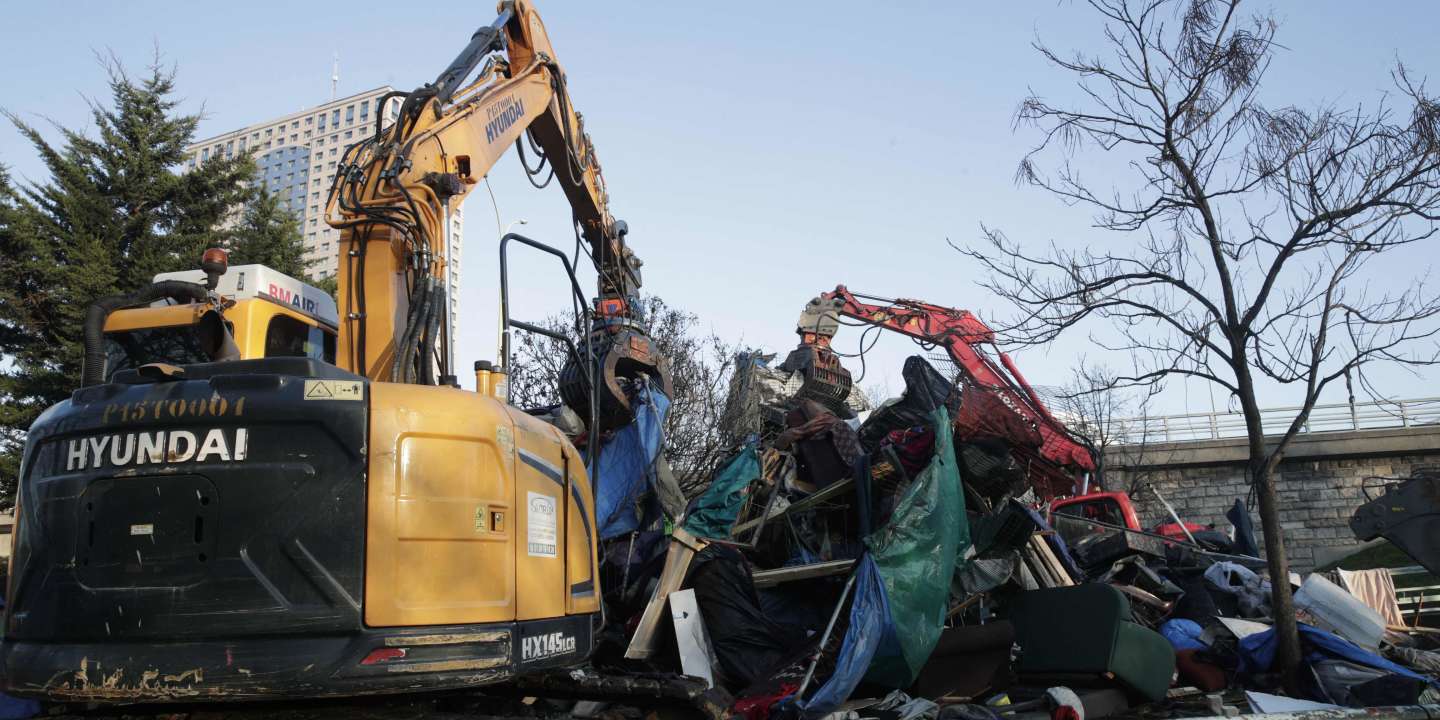 The showdown continues between the Prefecture of Police and the Paris City Hall. The head of law enforcement has decided to move crack users out of the northeast of the capital, their historic gathering area. In a statement issued Tuesday evening, the Prefecture of Police specified that it had, at the request of the Minister of the Interior Gérald Darmanin, located a place belonging to the SNCF in the 12e arrondissement (south-east) in order to settle drug addicts gathered there since the end of September 2021 at Porte de La Villette, in the 19e (northeast).

Read also Article reserved for our subscribers Crack in Paris: the situation is bogged down, the temporary has still settled in the long term

According to the Prefecture, the public railway group has “given consent” to the state for “lending and making available” of one of its plots located “at the intersection of two railway lines and Boulevard Poniatowski”.

It is in this industrial wasteland that the Bercy-Charenton urban project should emerge within a few years, a new district made up of housing, offices, shops and green spaces. For the prefect Didier Lallement, this site satisfies ” the best possible “ to the search criteria: “as far as possible from residential areas, shops or transport hubs” but all the same “accessible to health and social services”.

But for Emmanuel Grégoire, first deputy (PS) of mayor Anne Hidalgo, the choice of this concerted development zone is a “absolute nonsense” and an “solitary decision taken without any consultation”. He told Agence France-Presse of the Paris City Hall’s intention to “to obstruct this strategy in the hours to come” and he asks for an emergency meeting with the other partners of the crack plan, the prefecture of Ile-de-France and the Regional Health Agency. Mr. Grégoire, himself elected from the 12e borough, denounces a “simple displacement of the problem” and site selection “absurd in the opinion of professionals and associations”.

Read also Article reserved for our subscribers In Paris, action against crack blocked by political disagreements

Anne Hidalgo’s health assistant, Anne Souyris (Europe Ecologie-Les Verts), said to herself “flabbergasted” by this decision. “We put them in another wasteland and all that by force, without shelter, without perspective”, she laments. In a letter sent Monday to the prefect, Anne Hidalgo had reaffirmed her “clear and firm opposition” to a new organized displacement of consumers of this cheap and highly addictive derivative of cocaine.

“Removing drug users does not definitively solve the problem of crack, but it is a duty vis-à-vis the residents of the 19e and you 18e who have been tested for too long by the presence of drug users”, explains Mr. Lallement.

Read the report: Article reserved for our subscribers “I need the help of those who still have benevolence”: meeting crack users at Porte de la Villette

“Drug users need comprehensive, social and health care that the succession of police operations does not respond to in any way”, replies M.me Hidalgo.

At the end of September 2021, despite the disagreement of the Town Hall, the prefect had already decided to relocate drug addicts from the gardens of Eole – where they had been grouped together since the spring – to relieve the neighboring district of Stalingrad, towards the door of La Villette. If this trip is successful, it will therefore be their third in the space of nine months.

Monday morning, Porte de La Villette, on the orders of the Prefecture, diggers destroyed the hard shelters frequented according to Mr.me Souyris by 150 to 200 drug addicts. In the evening, a hundred residents demonstrated to demand that a lasting solution be found to shelter these drug addicts.

Read also Article reserved for our subscribers Drugs: in Lille, Paris and Marseille, the projects of “consumption rooms” at an impasse

Between 2019 and 2022, the City and the State mobilized 25 million euros for their anti-crack plan instead of the 9 million initially planned. This money has mainly made it possible to accommodate 450 drug addicts, without providing a lasting solution to their wandering in the streets of the northeast of the capital.

In mid-September 2021, the situation seemed to have unblocked with the letter from the Prime Minister, Jean Castex, announcing government support for the creation of new places “reception and rest”, solution advocated by Mr.me Hidalgo. Most, in the face of the mobilization of local residents, at the same time, the Town Hall announced the abandonment of a project of this type located near a school, rue Pelleport in the 20e arrondissement.

battle between Klopp and Guardiola for a Dutch nugget?