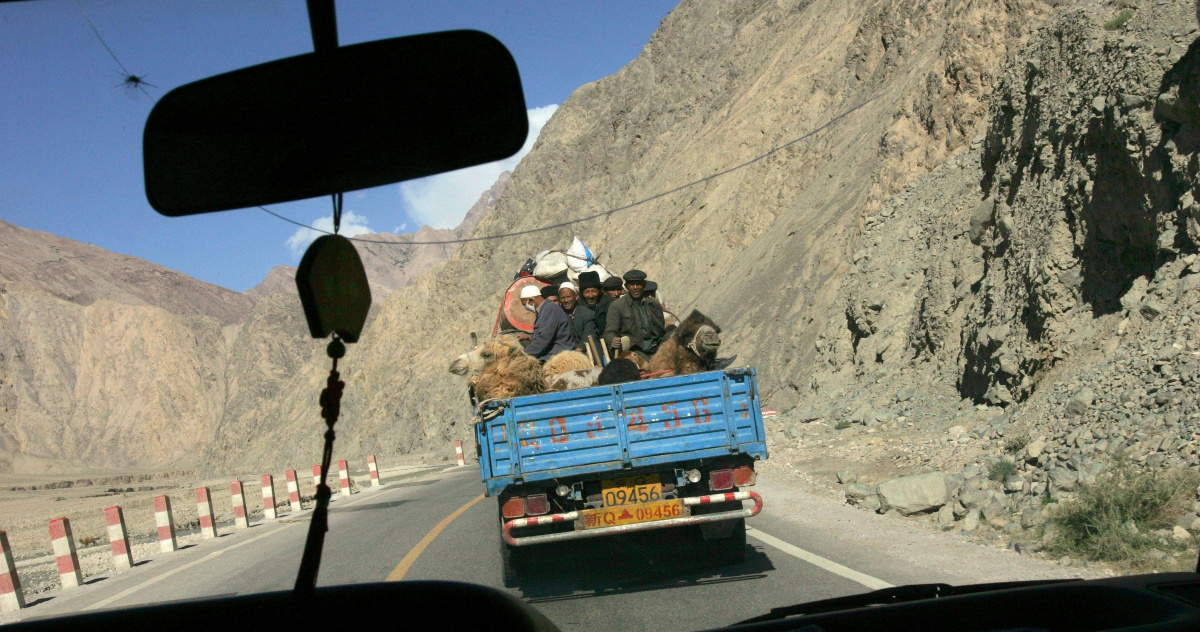 The Karakoram Highway is a road connecting the mainland with Pakistan. (Photo / Dazhi / Associated Press)

The “Karakoram Highway” is a highway connecting the mainland and Pakistan. It starts from the Xinjiang city of Kashgar in the north, passes through the Karakoram Mountains, the Hindu Kush Mountains, the Pamirs, the western end of the Himalayas, and passes through the China-Pakistan border port of Kashgar. Yamaguchi, south to the northern city of Takot in Pakistan, has a total length of 1224 kilometers. Since its official opening to traffic, the Karakoram Highway has claimed thousands of lives and is also known as “the most dangerous highway in the world”.

The Times of India reported that the Karakoram Highway was built in the 1960s. From September 30 to October 9, 1965, the Pakistani side sent a presidential adviser to visit Beijing and held talks with Premier Zhou Enlai. In 2008, the Agreement on the Construction of the Karakoram Highway was signed. China and Pakistan each built a road section within their own country. However, because the project in Pakistan was very difficult, the Pakistani side could not complete it alone, and requested China’s support.

The Karakoram Highway in Pakistan passes through the three major mountain ranges of the Himalayas, Karakoram, Hindu Kush and the Pamir Plateau. Not only is the local oxygen scarce, but also avalanches, landslides, rockfalls, landslides, snow, and accumulation. Geological disasters such as ice, mudslides, and earthquakes often occur. In addition, the local mountain structure is broken. The vibration caused by the blasting of the mountain often causes landslides, resulting in casualties. In the end, more than 700 people died.

After more than 10 years of hard work, the Karakoram Highway was officially announced in 1979 and officially opened to the public in May 1986. There are 24 main bridges, 70 small bridges, and 1,700 culverts on the entire highway. 8,000 tons of explosives and 80,000 tons of cement were used in the construction, and 30 million cubic meters of earth and stone were transported. Known as a miracle in the history of highway construction.

It is understood that the lowest point of the Karakoram Highway is 600 meters above sea level and the highest point is 4693 meters. The geological conditions are extremely complex. Geological disasters such as avalanches, landslides, rockfalls, landslides, snow and ice accumulations often occur, and road and bridge facilities along the way often occur. It has been damaged, resulting in frequent accidents. Since it was opened to traffic, at least a thousand lives have been lost. Only “old drivers” who are familiar with road conditions can grasp the best driving timing, avoid risks, and pass the road safely.

The harms of sitting for long periods – Hossam Mowafi warns: it causes a serious illness

Yang Zijun’s mailbox failed to receive the letter of pleading for a time, Hongkong Post apologized for the negligence of the staff