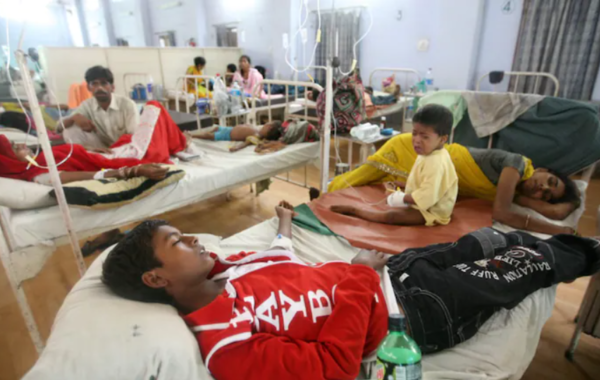 A new virus raises concern in Asia, specifically in India Kerala, after discovering cases offlu tomatoesAccording to “INDIAEXPRESS”, which causes the appearance of red pimples on the bodies of infected people, and according to the statements of Dr. B. Aruna, the tomato flu affects children under the age of 5.

“Aruna” reviewed the symptoms of “tomato flu”, which are, in order:

Discoloration of the legs and hands in some cases.

Aruna indicated during his statements to “indiaexpress” that this disease is self-limited and its symptoms can disappear quickly if the necessary care is provided, and warned against the rapid spread of it from person to person, so he directed the need to adhere to isolation when infected with it, and advised children to avoid scratching pimples. caused by influenza, pay attention to hygiene and sterilize clothes and utensils.

For its part, “IndiaToday” clarified that the cause of the spread of tomato flu so far is not known, except for that, it is not a life-threatening disease, but it is contagious and there is no cure for its symptoms, but doctors deal with the disease with special care, and in turn, they advised the patients to drink plenty of fluids and adhere to Bed rest.

It is reported that tomato flu has infected more than 82 infants in Kerala since May 6.

Chevrolet will present the new Tracker RS ​​in the region