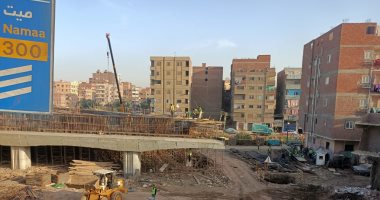 The General Directorate of Giza Traffic has closed the beginning of the ring road completely in front of the one coming from Rabie Al-Jizi Street leading to Mariouteya a short time ago and for a period of 10 days to widen the road with traffic diversions to prevent the appearance of any traffic densities.

The works include the expansion of the ring road in the distance between the highway and Mariouteya within the national road projects, which are supervised by the Ministry of Transport (the Public Authority for Roads, Bridges and Land Transport). And linking it with the expansion of the newly developed ring road, and it will require a total closure of the beginning of the ring road referred to specifically for those coming from Rabea Al-Jeezy Street leading to Mariouteya areas for a period of (10 days) starting from 12 am on Sunday and continuing until 5 am on Tuesday 31 May 24 hours a day.

The General Directorate of Giza Traffic made the necessary traffic diversions to facilitate vehicle drivers, which included:

– The movement of vehicles coming from Rabie Al-Jizi Street coming from Giza Square and wishing to climb the ring road towards the Mariouteya areas, they will continue walking on Rabea Al-Jizi Street, passing through Al-Moneeb Square and turning and returning again from the turning hole located under the bridge and to and continuing the walk towards Al-Bahr Al-Azam Street, and going up the road The ring road on the road leading to Mariouteya and Mansouriya.

Ukraine: Diplomacy is the only solution to end hostilities