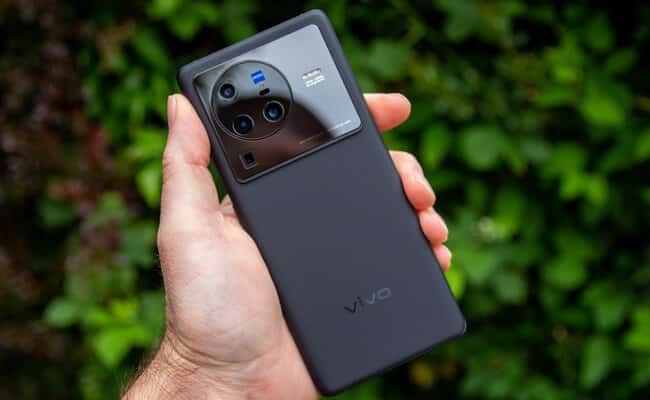 announced Vivo announced its latest flagship phone, Vivo X80 Pro, and one of its most prominent new features in the gear is a larger fingerprint sensor built into the bottom of the screen.

And the active area of ​​the sensor is much larger than the small sensors found on most Android phones. This means that it is easy to unlock the phone without looking at the screen to align your thumb.

The scanner has many advantages beyond just being physically larger. And you can register each finger with a single tap across the screen, rather than having to lift and tap multiple times like with traditional phones.

It also works very quickly, even if your hands or the screen are wet. The larger surface area also means you can set up the phone to require two simultaneous fingerprints for an extra layer of authentication.

The technology of the large 3D ultrasonic fingerprint sensor comes from Qualcomm, which it calls 3D Sonic Max.

Qualcomm has promoted its inclusion in a recent phone from the iQOO sub-brand of gaming-focused company Vivo.

Vivo has made great efforts as a company to popularize under-display fingerprint sensors, which first introduced them on its phone released in 2018.

Vivo has offered larger surface areas in Apex concept phones. But the Vivo X80 Pro is one of the first commercial devices to ship with a scanning unit larger than the tip of your thumb.

The company is also known for its camera prowess these days, and it’s putting a big emphasis on that with the Vivo X80 Pro.

The phone comes with a quad rear camera with a main lens with a 50-megapixel GNV sensor and OIS optical image stabilization, a 48-megapixel ultra-wide lens, a 12-megapixel portrait lens with 2x capacity and an 8-megapixel periscope lens 5x megapixel.

There is a 32-megapixel front camera. Vivo offers a custom imaging chip called the V1 Plus, which uses an integrated system of artificial intelligence to create professional-level visual enhancements.

This chip is designed to handle image processing in difficult situations such as shooting video at night, similarly The MariSilicon X chip from Oppo that was introduced earlier this year.

This feature allows the device to automatically select the correct mode for lighting conditions, prompting users to choose between HDR video and night mode depending on the scenario.

Furthermore, the phone brings a blend of Zeiss optics and cinematic-style video through the Zeiss Cinematic Video Bokeh feature.

Vivo also promotes the night scene effects possible in Zeiss Superb Night Camera. And the phone can capture the night scenes of the city clearly with the feature of Pure Night View.

Leading specifications for the new phone

Other specs of the Vivo X80 Pro are typical of the 2022 Android flagship. The phone is powered by a Snapdragon 8 Gen 1 processor. There is 12GB LPDDR5 RAM and 256GB UFS3.1 storage.

The battery capacity is 4700 mAh, and it supports wired charging 80W and 50W wireless charging through the company’s FlashCharge system.

Chevron could raise Venezuelan production by 33% without US sanctions