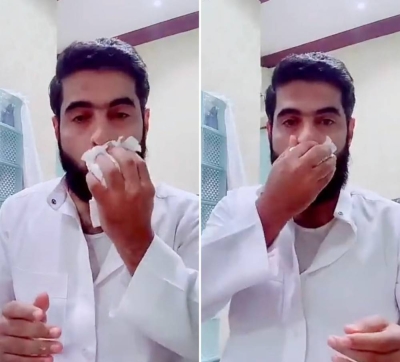 Al-Marsad newspaper: A circulating video clip of the citizen who called himself “Hail Zaaq” documented, shaving his mustache in a live broadcast, after losing the challenge to the astronomer Khaled Al-Zaqaq two days ago.

Zaaq Hayel also published another video after he finished shaving his mustache, but did not shave it on zero, which sparked criticism of the tweeters and considered that he did not carry out his words.

The citizen had published a video clip, in which he challenges the astronomer expert, Dr. Khaled Al-Zaqaq, that Eid will be on Sunday, not Monday.

And he said, “Since I am a hail, I will shave my mustache on zero if Eid is on Monday, Eid will be on Sunday.”

The Supreme Court had announced that tomorrow, Sunday, will complete the blessed month of Ramadan, and Monday will be the first day of Eid al-Fitr.

The Washington Post: Many American Republicans refused to support NATO

These foods and drinks will help you sleep better