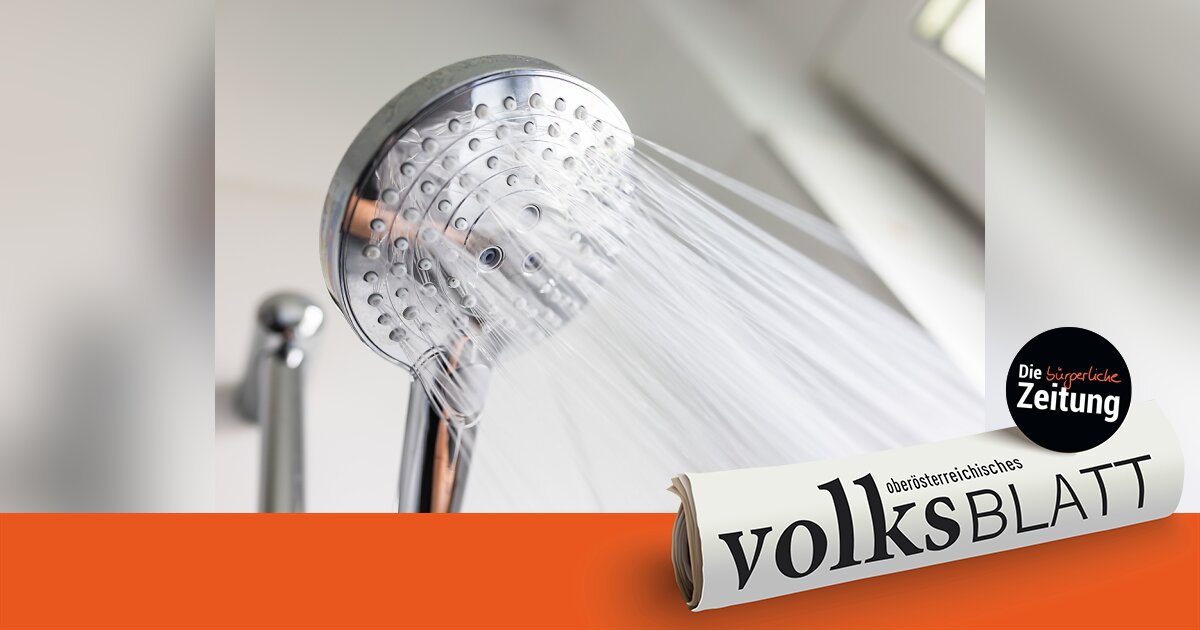 Given the high prices for electricity and gas, there is a high demand for water-saving showerheads. Two models that only use 6 liters of water per minute are sold out in several online shops. DIY stores and manufacturers confirm the high demand from customers when asked by APA. Water-saving shower heads only use around half the amount of water, so only half as much water needs to be heated, which saves energy and several hundred euros a year.

Two products that reduce water consumption in the shower to 6 liters – “hansgrohe Crometta Green” and “BUBBLE-RAIN espresso” – will not be available online for the next one to two months, according to the web shops. The hardware store chains Obi, Hornbach and Bauhaus no longer have the 6-liter variant in their range.

When asked by APA, the DIY store chain Bauhaus said it had seen an increase in demand for water-saving sanitary utensils compared to the previous year. According to the company, the increase can be attributed above all to the current situation and the desire of customers to make even better use of existing savings potential in their own households and to prepare for the upcoming winter.

A company from Altenberg near Linz is also involved in the business of saving water and energy when showering. So far, however, Rabmer GreenTech GmbH has focused more on large consumers, such as hotels with many showers or fitness centers. Since the rise in energy prices, the company has also noticed increasing interest from private customers, as Managing Director Ulrike Rabmer-Koller told APA.

According to Rabmer-Koller, sales and quantities of the “Ecoturbino”, an attachment that enriches the water with air, have increased tenfold this year. For the time being, the company can continue to serve the sharply increased demand, mainly because the part, which is a few centimeters in size, is not produced in Asia but in Germany.

“Many don’t even know how much hot water they use when showering”, which is why Rabmer-Koller recommends the “bucket test”, i.e. simply fill a bucket with the shower head for a minute and then weigh it to see how heavy it is . A kilo of water equals a liter.

In many households, hot water treatment is the second largest energy consumer after heating, and the leverage for savings is correspondingly large. As Rabmer-Koller emphasizes, despite a water saving of 40 percent, there is no loss of comfort with their product. “You don’t even notice that it’s installed,” which is very important in the hotel industry, especially in 4 or 5-star hotels that are very concerned about the comfort of their guests.

According to the Ecoturbino savings calculator, a 2-person household with a daily shower duration of 5 minutes saves 170 euros per person per year if the hot water is heated with gas. With electricity, the saving is 260 euros according to the current prices. With a 4-person household and shower times of 10 minutes, 700 to 1,000 euros can be saved annually. “Many advise showering instead of bathing to save energy, but forget that a lot can still be saved by showering,” says Rabmer-Koller.

The water consumption is less relevant for the savings potential than the energy requirement for heating the water. If you only need half as much water when showering, only half as much water has to be heated. It is important to create awareness of the savings potential, said Rabmer-Koller. A customer, a hotel, only found out during the bucket test that 20 liters per minute came out of his shower. Most shower heads would use 12 to 15 liters of water per minute. Even with the taps in the bathroom, consumption can be reduced to 5 liters per minute without anyone noticing.

In addition to hotels and fitness centers, the oö. Company also has schools, retirement homes and hospitals in mind. At the beginning of the year, as part of a donation, all facilities of SOS Children’s Villages in Austria were equipped with the water saver, which since then – at the energy prices of the time – has saved 170,000 euros a year. Rabmer-Koller also advises energy suppliers and advice centers to draw attention to this possibility of saving energy in low-income households with payment problems.

In general, water-saving shower heads and attachments pay for themselves within a short time. With acquisition costs of 30 to 90 euros for the different products, the amortization period is usually one to three months. “It’s actually a win-win-win-win situation, you save a lot of money yourself, save water and energy and thus contribute to climate protection,” said Rabmer-Koller.

Antarctica Could Melt Even Faster Than We Thought