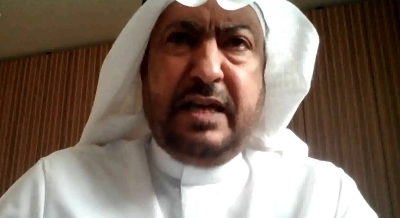 Al-Marsad newspaper: The security expert, Major General Dr. Baraka Al-Hoshan, revealed the reason why the terrorist blew himself up.

He said during his intervention with Al-Nahar bulletin on “Al-Ikhbariya” channel: “When a terrorist blows himself up, he refrains from surrendering himself to the security authorities and providing information.” He pointed out that the terrorist believes that the security services want to arrest him because he is considered a repository of information to benefit from and when he blows himself up, it is as if he is refraining from the delivery process and preventing the use of the information he has to arrest his colleagues.

On the extent to which the Kingdom will continue its war on terrorism and the pursuit of terrorists who were previously announced, he said: “The Kingdom and the security services or anyone who believes that this process will stop unless it ends, and the security services will continue to pursue wanted persons, in addition to developing security and practical capabilities and using the best methods to fight Such extreme ideas.

Switzerland: The gap is growing between high and low wages, denounces Unia