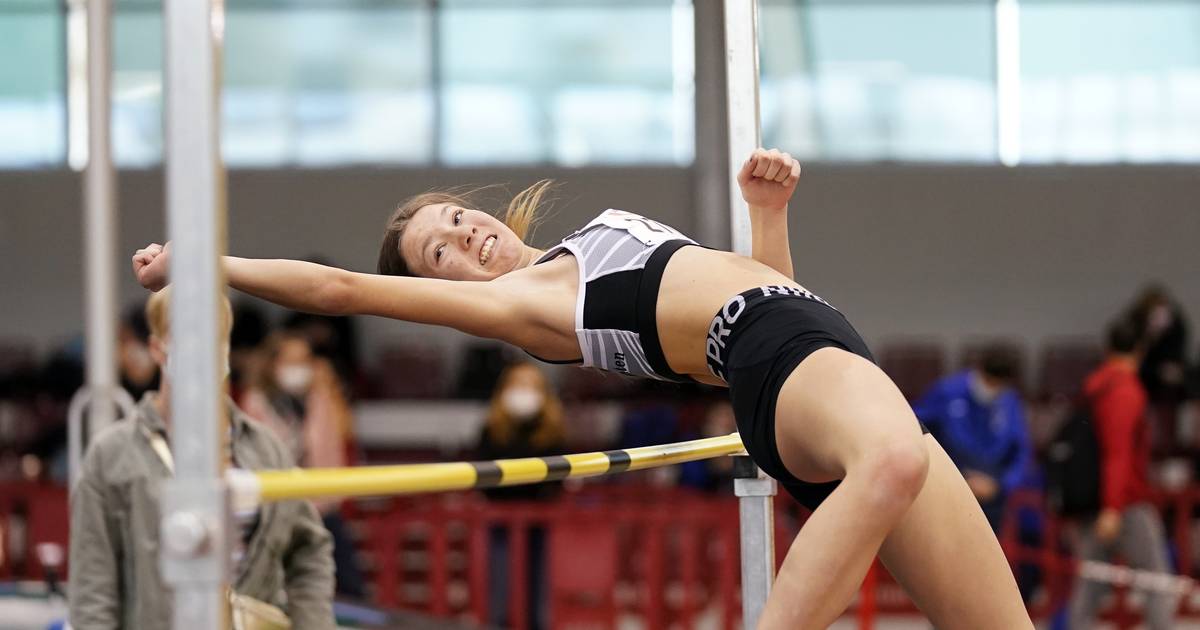 Sonsbeck/Xanten In the North Rhine title fights of the U16 youth, track and field athletes from TuS Xanten and SV Sonsbeck landed at the top of the podium. Silver in the 800m went to Liam Ingendahl. There were a number of best performances at the regional championships.

Helena van Bebber could see the excitement when the North Rhine Championships for the U16 youth in the athletics hall in the Düsseldorf Arena Sports Park got into the hot phase in the high jump. The 13-year-old all-around athlete of the TuS Xanten came as a favourite. She got nervous. It was their first title fights at North Rhine level. She crossed the bar at 1.53 meters and secured bronze in the W14 competition. Her trainer Werner Speckert could live with the placement. Especially since the TuS talent took another medal home. Helena van Bebber threw the ball 9.01 meters – best performance and also bronze.

Speckert was extremely satisfied with her time in the hurdle sprint, in which she stayed under ten seconds (9.90) for the first time. In the final, it was enough for sixth place with 10.01 seconds. Helena Rulofs (W14) surprised Speckert after a three-week training break with a new best time over 60 meters (8.79).

Liam Ingendahl also delivered a personal best SV Sonsbeck in Dusseldorf. After a strong final sprint, the M14 athlete won the silver medal over 800 meters in 2:22.58 minutes. Mayla Niersmann (W14) had flirted with precious metal in the high jump. “But too many technical errors cost us the medal spot,” said coach Werner Riedel. She came to 1.47 meters and had to settle for sixth place. Thea van Gelder was seventh in the competition and jumped 1.42 meters (best performance). Over the 60m hurdles she was able to improve by four tenths to 10.83 seconds. But this time was not enough for the final.

Riedel also drove with a group of the “Red Devils” to the indoor regional championships of the U14 youth in Rhede. From his smile and the facial expression of the other junior coach from Sonsbeck, Jürgen Schäfer, it was clear that the winter work paid off positively in the title fights. After a long injury break, Merrit van Leyen (W13) improved greatly and won the 60m hurdles in a personal record time (10.23). With 4.57 meters in the long jump, the student also achieved fourth place. In the final over 60 meters she was fifth (8.82).

results and standings after date 6