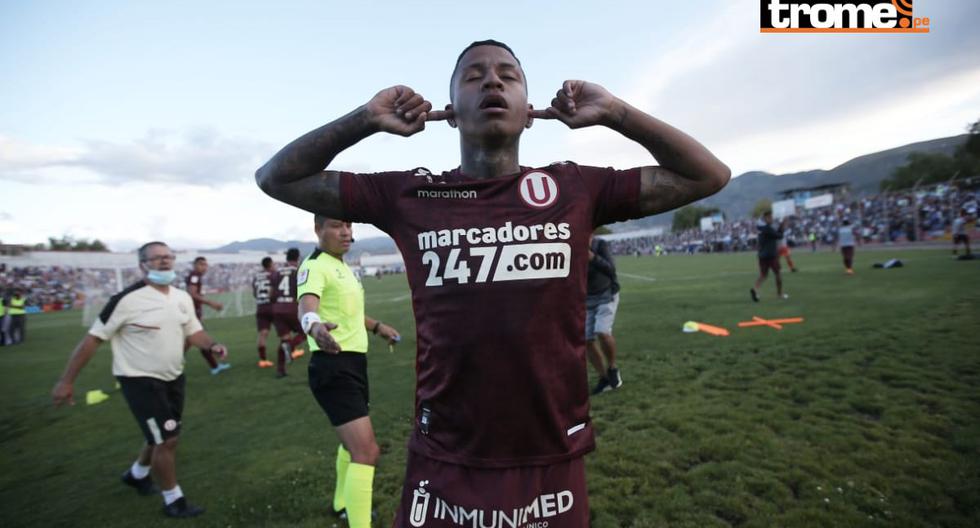 Andy Polo debuted in Universitario with the winning goal for the cream team against Ayacucho and days before University of Sports issued a statement indicating that the striker was already fit to play with the first team. According to the cream club, Polo presented documentation in which he shows that he has carried out actions with the aim of ensuring the well-being of his children; However, Genessis Alarcón’s lawyer assured that the student institution is not telling the truth.

YOU WILL BE INTERESTED: ANDY POLO MADE HIS DEBUT AT UNIVERSITY AND SCORE A GREAT GOAL FOR THE TRIUMPH

“It is not true that he has reached an agreement and has proposed…”, said Dr. Claudia Zumaeta, Alarcón’s lawyer.

After the 15-day period given by the University of Sports to Andy Polo to solve his family issuesthe cream club announced that the striker has been enabled to play, before which the lawyer shared her opinions in an interview for Magaly Tv, La Firme.

“The statement issued by Universitario is not true, which amazes me because it leaves the veracity of that same statement in credibility. It is not true that he has reached an agreement, that he has proposed. Make no mistake, it was us who proposed a conciliation, we wrote a conciliatory formula and we went to the conciliation center and the man never came “, manifested.

The lawyer considered that this document is a “real mockery” for children (by Andy Polo). “There what they let glimpse is that he is going to appear, as if it were a favor that they are doing them and it is not a favor, on the contrary, he is delaying it (the process) ”, manifested.

The lawyer’s statements were given after University of Sports issued a statement to announce that Andy Polo he was fit to be taken into account by the technical command, having accredited ‘the actions he carries out for the well-being of his children’

YOU WILL BE INTERESTED | Carlos Elías: Kukín spoke to you, caressed your ear and you fell asleep

Let us remember that the cream club had announced that they would give him a term of 15 days to Andy Polo to solve his family problems.

As announced in the statement, Andy Polo debuted with Universitario against Ayacucho FC, in visiting condition. The striker entered in the second half and in added time he scored the winning goal.

Immediately, a debate broke out on social networks among the people who celebrated Andy Polo’s goal and those who criticized him for the case of family violence denounced by his wife Genessis Alarcón.

“Star Académie”: Eloi, Krystel, Camélia and Olivier in the semi-finals

Latest news on Russia and the war in Ukraine