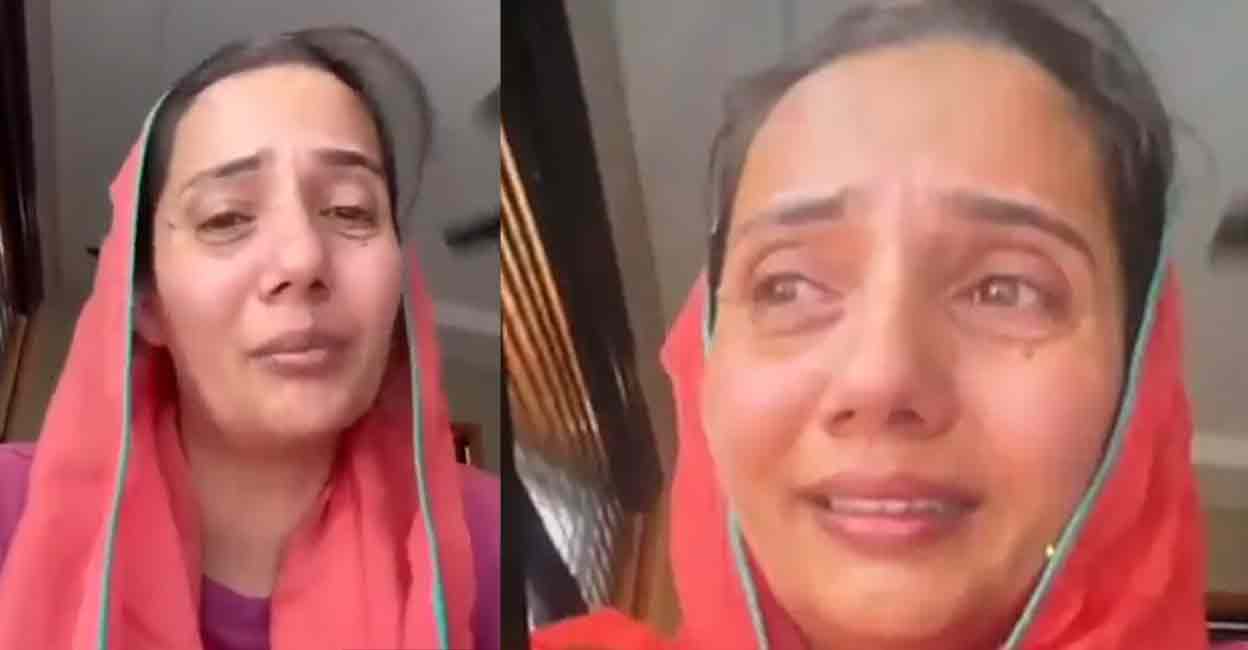 New York: An Indian woman committed suicide in the US after making serious allegations against her husband. The woman was found dead on August 3 at her home in Richmond, New York. Mandeep Kaur (30), a native of Bijnor, Uttar Pradesh, committed suicide.

In a video shared by Mandeep Kaur on Instagram before her death, it is said that she has been facing brutal domestic violence for 8 years and she is taking a tough decision because she can no longer bear the torture of her husband Ranjodbir Singh Sandhu. Sandhu, a truck driver, also hails from Bijnor. In the video, Mandeep Kaur alleges that Sandhu’s parents are also responsible for her death. The couple have daughters aged four and two.

In the five-minute long video, Mandeep makes serious allegations against her husband and his parents. Mandeep says that her husband had several extra-marital affairs over the years and that she held back for so long because she did not want to give up her two daughters. Videos of Ranjodbir Singh Sandhu brutally beating Mandeep were widely circulated on social media.

In the video released, Sandhu says that he did not want girls but wanted boys. The CCTV footage from the couple’s house was widely circulated. Another video shows Sandhu trying to strangle the young woman and the daughters crying and asking her not to beat the mother. The couple got married eight years ago. Both of them came to the US after their marriage.

Mandeep Kaur’s family members say that they thought Sandhu would put an end to these atrocities and harassment. ‘Once we approached the New York police with a video of Mandeep being brutally beaten by her husband. But they decided to settle their differences and go with Sandhu’ – Mandeep’s father Jaspal Singh responded to the national media. Her Adhi was about babies. Jaspal Singh said that he has requested the central government to help bring the dead body to India. Many of the videos of her husband harassing her were sent by Mandeep to her family members and close relatives.

“My father, fed up with the torture I faced, filed a police complaint against him. And he ended up in jail. I decided to withdraw the complaint when Sandhu cried and held her leg,” says Mandeep in the video released by his relatives. ‘My husband kept me captive in a truck for 5 days and brutally beat me. The mother-in-law would abuse the family and would constantly force him to beat me’- the young woman says in the video.

People of Indian origin are protesting in Richmond demanding that a case be filed against her husband Ranjodbir Singh Sandhu in Mandeep’s suicide. The ‘Justice for Mandeep’ campaign has also gained momentum on social media.

The Lord of the Rings Series: That’s Why Peter Jackson Isn’t Involved – Entertainment