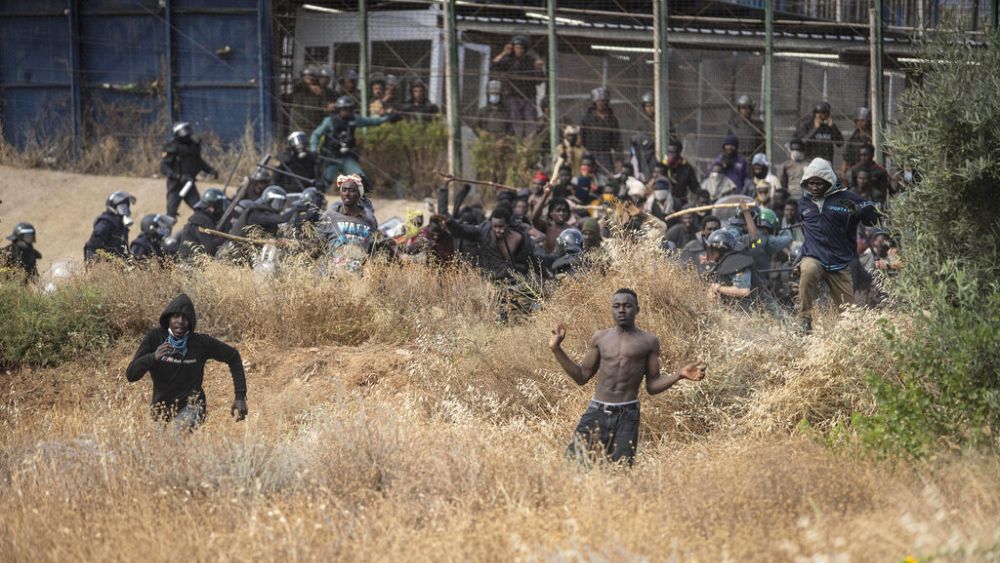 Who is responsible for the tragedy in Melilla on June 24? That day, around 2,000 migrants tried to force their way into the Spanish enclave in Morocco; an attempt that resulted in around thirty deaths.

The images of the Moroccan authorities show these migrants, mainly from sub-Saharan Africa, trying to climb by the dozen on the fence separating Morocco from the Spanish territory of Melilla, until they collapse under their weight. At the same time, the Spanish forces fired tear gas in their direction.

Rabat affirms that the victims perished in jostling, and by falling from this metal grid; a version contradicted by images that quickly appeared after the tragedy, with bodies strewn on the ground in pools of blood, and Moroccan police officers using brutal force.

Sensitive subject between Madrid and Rabat

The subject is very sensitive between Morocco and Spain, because Madrid is counting on its North African neighbor to contain this migratory pressure.

On this drama, Spanish Prime Minister Pedro Sanchez pointed to Rabat’s responsibility, before qualifying his remarks by saying “recognize the efforts of Moroccoto deal with migrants.

Morocco, migratory policeman of the EU?

Associations representing sub-Saharan communities denounce this situation, believing that Morocco is playing the role of EU policeman. They were in front of the parliament in Rabat on Friday.

“We have issued recommendations to the Moroccan authorities, who are responsible for setting up an independent investigation to identify those responsible for this massacre, but above all for the identification of all the remains, in order to return their bodies to their relatives or to bury them. under human conditionssaid Mamadou Diallo, coordinator of the Collective of Sub-Saharan Communities in Morocco.

“We demand an end to the migration policy funded by the European Union” he added.

In Madrid, several hundred people took up the slogans of the “Black Lives Matter” movement and chanted “No human being is illegal!”, “The anti-racists are here!” or even “European Union, criminal responsible!” and held up signs that read: “Borders kill”.

This new migration drama at the gates of the EU comes after Madrid and Rabat normalized their relations in mid-March following an almost year-long diplomatic quarrel over the disputed territory of Western Sahara. .

For Madrid, the main purpose of this normalization is to ensure Rabat’s “cooperation” in controlling illegal immigration.

The human toll of this tragedy is the heaviest ever recorded at the borders between Morocco and Ceuta and Melilla, the EU’s only borders on the African continent, and it has provoked international indignation, with in particular comments from a rare severity on the part of the UN, as well as the opening of two investigations in Spain and an information mission in Morocco.

Buying real estate with “watermelon” .. the latest trends in real estate marketing in this country!