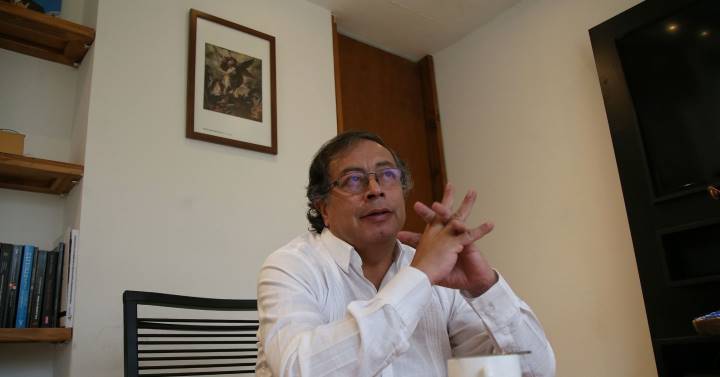 At an event in a public square in Barranquilla, andhe presidential candidate of the Historical Pact, Gustavo Petro, summoned an extraordinary meeting with the candidates Sergio Fajardo for the Centro Esperanza Coalition and Rodolfo Hernández (Independent) for a supposed suspension of the presidential elections on May 29.

“He summoned Sergio Fajardo and Rodolfo Hernández, to be on alert, to a meeting on Monday because on Tuesday they plan to hit the elections, suspend them (the elections),” Petro said.

#Advance | @PetroGustavo in Barranquilla insists that they want to postpone the elections:
“He summoned Sergio Fajardo and Rodolfo Hernández, to put themselves on alert, to a meeting on Monday because on Tuesday they plan to hit the elections, suspend them.” @JuanFraile

“They do not want to (“the ‘oligarch’ classes in power”) that there are elections on May 29, they are attempting a coup against the popular vote, as they already did to the people of Medellín, in front of the Mayor’s Office of the city of Medellín”, Peter said.

And he added “I call here in this public square, in this street of crowds, all the political campaigns, currently in competition, the campaign of Sergio Fajardo, the campaign of Rodolfo Hernández, to be on alert; I’m calling you on Monday, because on Tuesday you plan to hit the next elections on Sunday, May 29. They plan to suspend the elections and suspend the bodies that govern the electoral entities in Colombia“, he claimed Petro.

“What they want is for violence to break out in Colombia, with the excuse of perpetuating the current government (of Iván Duque) above the popular decision (…) what we should not do is fall into violence and fall into trap. You have to be vigilant and in unity”, he pointed Petro.