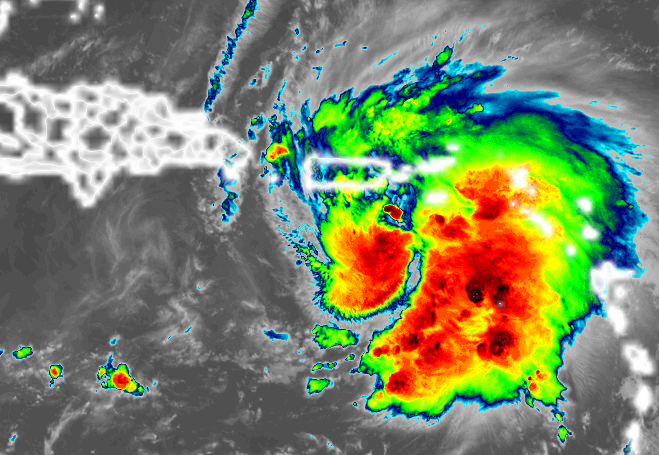 Then tropical storm, Fiona dumped a real deluge in the West Indies. No less than 504 mm of rain fell in just 24 hours in the south of Guadeloupe, which was hit hard. That’s more than a month of rain. Major floods are still affecting Guadeloupe territory, and one death has been reported by the authorities.

By late Sunday morning, Fiona attained category one hurricane status. A hurricane warning is in effect for the island of Puerto Rico. Nearly 400 mm of rain could accumulate there.

The Dominican Republic and the Virgin Islands are also on high alert.

By Tuesday, Fiona is at risk of becoming a category two hurricane as it passes between the US east coast and Bermuda. It would then take a trajectory towards the north.

Fiona could also head for the Maritimes, and dump significant amounts of rain and strong gusts in Canadian territory. The island of Newfoundland, which has just been hit by the remnants of Hurricane Earl, could suffer the repercussions.

However, all possibilities are being considered, at the moment, since uncertainty hovers. The situation will be closely monitored over the next few days.

Read more:  5 signs of testicular cancer..what are they?

The methylome, a new (epi)genetic identity card for cancers

the police decided to launch an investigation (videos)