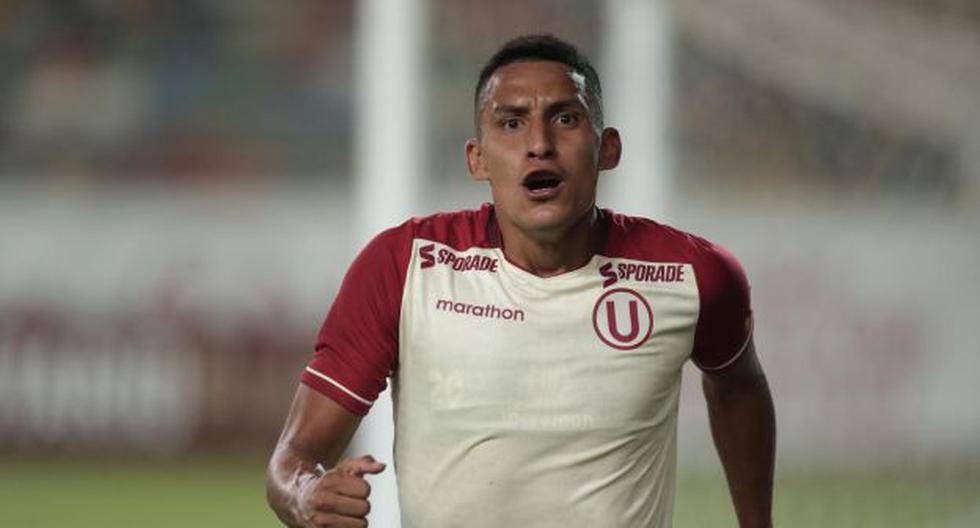 He is, without a doubt, a rare footballer. And let it be understood well: in the conditions in which he was trained -half beach soccer, half Peru Cup- the natural thing would have been for him to be more debt than promise. Three years later, his ten goals in Apertura 2022 -and the 11 he scored last year- prove that perseverance, eyes wide open and faith transform. He’s going to have more bad than good, but I suspect he already knows that. His name is Alex Valera, is 26 years old, measures 1.83 and weighs 76Kg and with only three years in the First Division, his card is traded for no less than a million dollars. In the ‘U’ they know that she is an export soccer player.

For this reason, and because of the rumors about his departure to Argentine soccer -more precisely to Rosario-, the goal and the post 1-0 walk over UTC that crossed from west to east to give his shirt to a fan, seemed like the postcard of a farewell.

Alex Valera gives his shirt to our little cream fan.

What’s the plan? Is the ‘U’ in negotiation with Rosario? First, at the club they know that the striker of the national team is the big bet to sell. It is part of a new policy that will bear fruit in a few years and whose first stone is the construction of the new sports village for minors in Campo Mar: the future of clubs like the ‘U’ is that they become sellers rather than buyers. Alex Valera, without being a man forged in the institution, is an essay: he bought his pass until 2023 with the absolute confidence that he was going to emigrate.

Sources to which DT had access on the Valera case confirm two details: 1) Indeed, there was a survey by the striker and given the approach, the administration put a figure on the table of more than a million dollars. “And we talk,” they said, “but it will be very difficult.” Until today, no formal offer has reached the Monumental. 2) Although in the Compagnucci technical command they know that such a contract can ensure the future of the footballer, they are also aware that an exit at this time would weaken a team that does not have a competitive replacement in another footballer and, this is the serious thing , the sum of the goals of other attackers does not even contribute half of Valera’s goals (Quintero 1, Polo 1, Succar 0). The plan, in principle, is for him to stay until December and from then on, with the season closed, to negotiate the best possibility abroad for his growth.

They met at university and fell in love following the selection. Since then, the final of the Copa América 2019, they have not been separated anymore. That love that was born between them was an accomplice to their affection for soccer jerseys and today, the young engineers Miguel Montalvo and Steffi Roth have become the biggest collectors of the uniforms of the beloved Blanquirroja. More than 2000 pieces that they preserve as a treasure. This is her wonderful story.

From contempt to success, a little history of the paperback – rts.ch