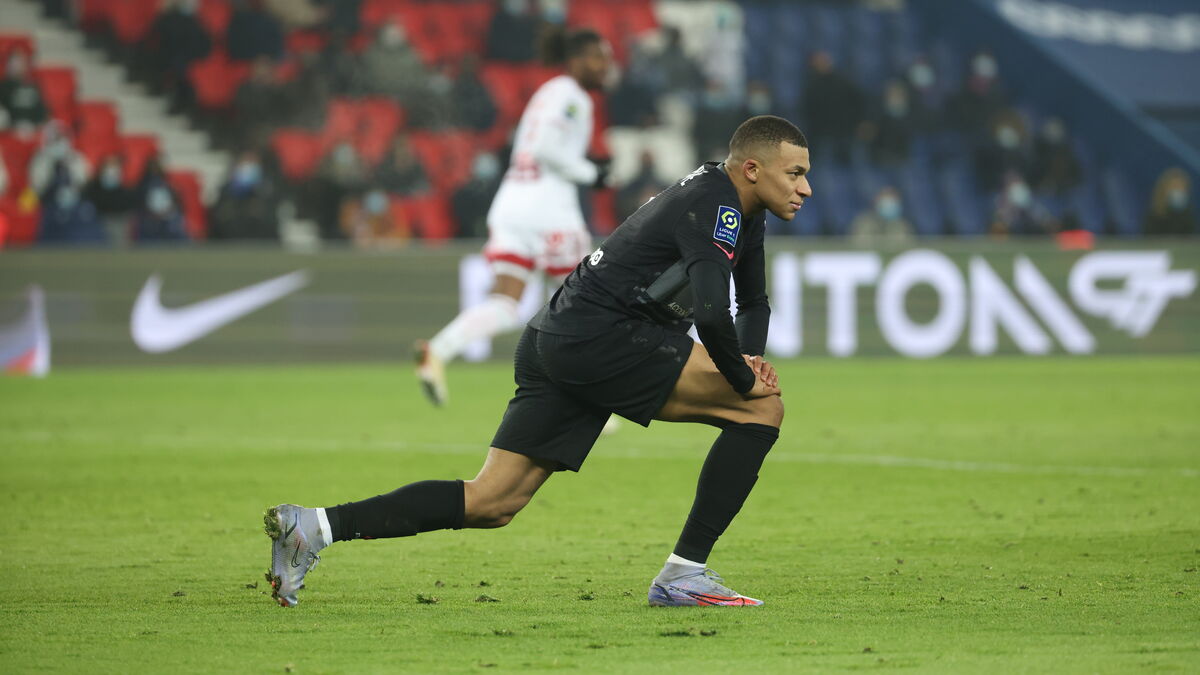 The point of evolution was scheduled for this Friday. In a press release, PSG announced at the start of the afternoon that Kylian Mbappé “is continuing his individual work in good conditions” and that a “decision will be taken at the end of training on Saturday as to his presence in the group for the match against Reims this Sunday”.

The attacker, victim of pain in the left adductor, is therefore not yet forfeited as his absence from the sessions on Tuesday, Wednesday and Thursday could have left him fearful.

Mbappé felt this embarrassment after the match against Brest last Saturday during which he scored a goal he dedicated to little Camille, before falling out with Brestois Hugo Magnetti, attacking the referees and receive a yellow card.

At the end of the two and a half days of rest, Mbappé returned to Camp des Loges on Tuesday afternoon but he did not take part in the first training sessions scheduled this week, unlike Messi, and remained in care. .

As a reminder, since the start of the season, Mbappé has only missed three meetings: the Champions Trophy on August 1, due to preseason preparation, the reception of Lille at the end of October due to an ENT infection and the trip to Lorient on December 22 for which he was suspended after the accumulation of three yellow cards in ten games.

This Friday, he started his day by paying a tribute on Instagram to Emiliano Sala, the former FC Nantes striker, who died in a plane crash three years ago.

At a time when Neymar has not yet resumed racing following his sprained left ankle – he will do so “early next week” – the priority of the Parisian staff is to allow Mbappé to recover as well as possible. of this small physical glitch in order to allow him to arrive at the best of his form on February 15 to face Real Madrid, in the round of 16 first leg of the Champions League.

Until then, the PSG schedule could include another five matches: Reims, then Nice (the 31st in the Coupe de France), Lille (February 6), a possible quarter of the Coupe de France on the 9th and the reception of Rennes probably on the 12th.

Note, moreover, that Juan Bernat “continues his adapted work with the medical and performance staff following the post-Covid assessment” and will therefore, like Wijnaldum (ankle sprain), be absent against Reims.