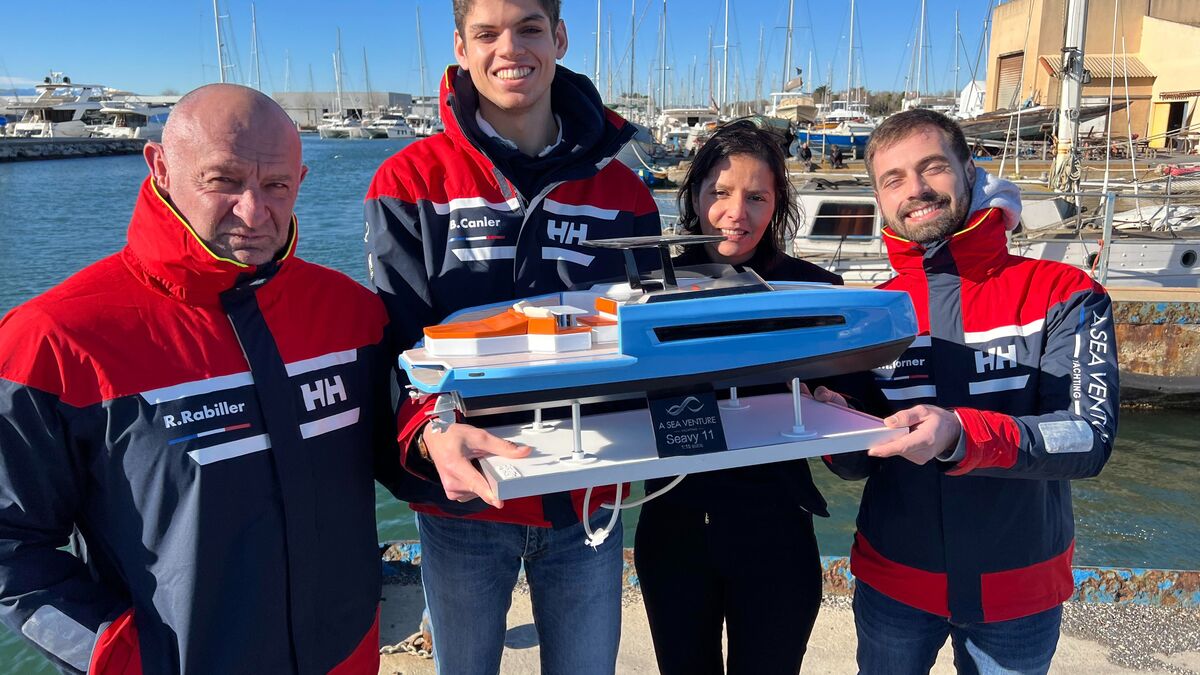 The year 2022 will be the year of bonding for A Sea Venture Yachting, a small family company founded in Canet-en-Roussillon (Pyrénées-Orientales) by Benjamin Canler, 23 years old. ASV Yachting is designing small pleasure catamarans that will eventually be powered by hydrogen.

And even before the first boat leaves the construction sheds, the professionals sign the order forms. “Initially, we will deliver thermal propulsion boats since the ports are not yet equipped to recharge with hydrogen. But the very sought-after design of our boats is very popular and the guarantee of modern French manufacturing is an additional asset”, explains Benjamin Canler who, for the moment, is presenting their first 12 m boat, the Seavy 11, on plan and on a model. Only float molds are made by Nedcam in the Netherlands, Gunboat’s mold maker, because they are the best in Europe.

A first delivery of three boats in the first half

At the Cannes boat show in September, Benjamin landed a first order for Ibiza. And just recently, Éric Tordjman’s Alliance Nautique 66 group has just signed up for the delivery of a first boat during the month of June, plus an optional second. That’s three boats to build in this first semester, to start with!

“All the parts are manufactured and assembled in France and our boats will be assembled in a large warehouse in Rivesaltes (Pyrénées-Orientales). We are in the process of recruiting nine people,” continues the young entrepreneur.

After this first stage of launch, A Sea Venture Yachting will move into its own premises in the technical area of ​​Canet-en-Roussillon in the wake of the French giant Catana and the builder Windelo.

The leaders obviously anticipated the shortage of engines to equip its first boats as well as the lack of semiconductors. A Sea Venture Yachting operates in a market where waiting times to have your new boat delivered are now counted in tens of months.

Drones: the law on their use by the police largely validated by the Constitutional Council