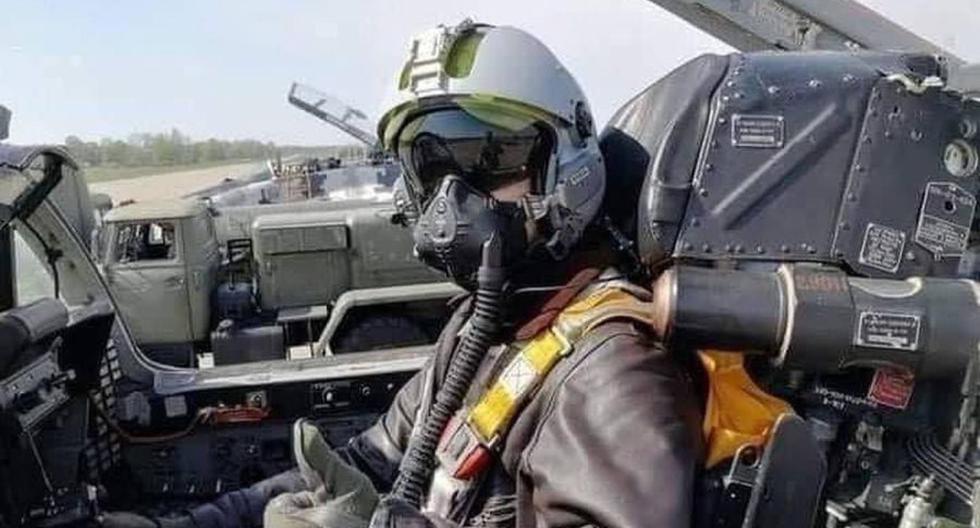 Nobody knows his identity but in social networks they have nicknamed him “the ghost of Kyiv”. The mysterious pilot flies over the skies Ukrainians in a Mikoyan MiG-29 fighter bringing hope to homes under siege. His exploits have gone viral, some say he has shot down three Russian planes, another six.

However, there is no official confirmation of the existence of this pilot. It is still unknown if it is a real hero – or many – or a legend designed to boost the morale of Ukrainians in the face of the Russian invasion.

The former president of Ukraine Petro Poroshenko who today joined the civil militias of Kiev to respond to the foreseeable occupation of the Ukrainian capital by Russian troops, has published a photo of the supposed “ace” of aviation.

It causes terror in enemies and pride in Ukrainians 🇺🇦

He has 6 victories over Russian pilots!

With such powerful defenders, Ukraine will definitely win! pic.twitter.com/GJLpcJ31Si

“In the photo, the MiG-29 pilot. The very ‘ghost of Kiev‘. Cause terror in the enemies and pride in the Ukrainians. He has 6 victories over Russian pilots! With such powerful defenders, Ukraine will definitely win!”wrote the former leader,

Meanwhile, social network users shared videos on different platforms this Friday that supposedly show a MiG-29 – a fourth-generation fighter designed in the Soviet Union in the 1970s known in NATO as a Fulcrum – flying through the skies of several Ukrainian cities.

The Ukrainian Defense Ministry has fueled the rumours. “Dozens of experienced military pilots, who had previously been discharged from the reserves, are returning to the Air Force. Who knows, maybe one of them will be the aerial avenger on the MiG-29, which the inhabitants of Kiev see so often”, wrote in a tweet,

The memes did not take long to appear and a debate has been ignited on social networks around the existence of this idol that has become a symbol of the Ukrainian resistance.

To anyone trying to downplay or deny the existence of the Ghost of Kyiv.

The Ukrainian Defense Forces reported that seven planes were shot down on Thursday. Therefore, it is unlikely that six of these seven kills were accomplished by a single pilot, as fighting has broken out across the country. However, it is undeniable that the figure of this hero – be it real or imaginary – is for Ukrainians a light of hope in so much darkness.

“I wish with all my heart that the ‘Ghost of Kiev’ stories are true,” wrote a user on Twitter.

Ukrainian forces defended Kiev on Friday from the assault of Russian troops with fierce fighting in some neighborhoods of the Ukrainian capital on the second day of the invasion launched by Vladimir Putin, who urged them to overthrow the government of Volodimir Zelensky.

Health and wellness, a growing market