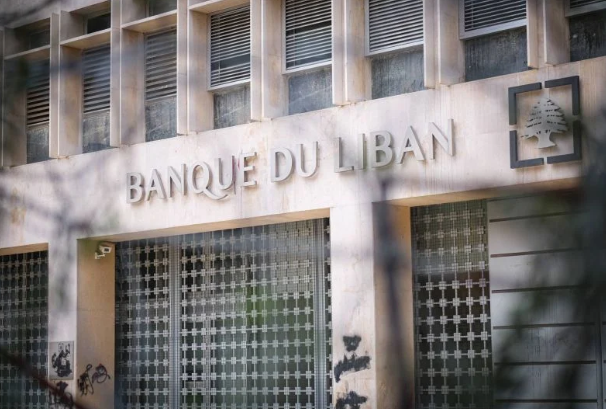 The labor of electric feeding resuscitation continues for a few extra hours per day, and the times of release roll from one week to another and from one month to another. The Ministry of Energy and the “Electricity of Lebanon Corporation” fulfilled their duties, so the price of the kilowatt tariff was raised, and the meters in the Lebanese regions were documented, and some faults on the network and maintenance in the laboratories were fixed, and the floor became ready to receive electrical charges, and all that remained was the signature of the Banque du Liban on the “guarantee” or what is called “ The letter of credit” and the use of legal formulas to reassure the importing companies that their money is in “preservation and preservation” so that they can then proceed to the implementation of their contracts.

Both the Ministry and the Banque du Liban agree in principle on all the details and the mechanism that will be followed. For its part, the Ministry undertook to improve collection, control theft and waste, and return the money to the Banque du Liban as soon as it is collected to pay the “credits – loans” at the “exchange” rate. The insistence of the Banque du Liban this time and its stubbornness in demanding serious guarantees from the Ministry of Energy to return the money is due to the fact that it no longer accepts excessive financing for a sector whose factories burned about $ 21 billion from 2010 to 2021 to secure gas, fuel oil, maintenance and energy ships, and with it the lira burned. and economy. The truth is that the position of the Banque du Liban is not surprising, as it is the one that applies to its relationship with the Ministry of Energy and the Electricity Corporation, the popular proverb, “Why are you blowing on milk… Say the milk is caustic.”

Sources following up on the file between the Ministry of Energy and the Electricity Corporation on the one hand and the Banque du Liban on the other hand confirmed that the governor of the Central Bank, Riad Salameh, had not yet signed the guarantee that the money required of him was required to purchase fuel oil, and the issue is still subject to discussion and response and consultation between the ruler and Minister Walid Fayyad to make sure of the issue. The seriousness of the collection, which the Banque du Liban requires that it be “cash” to ensure that the funds are secured on the basis of an “exchange” rate.

And she stressed that preparations are in full swing to secure the ground necessary to proceed with the plan to activate the collection, and photographing the meters has begun as a preliminary stage, while talk about the possibility of collection from the Palestinian camps is serious, and the Palestinian committees have been informed of the matter, as it was clear that the electricity will be cut off for those who do not pay. Their bills are backed by security. The same applies to the displaced Syrians, as it was confirmed by the Minister of Energy that he is communicating with donors to secure the necessary funds to secure electricity for the camps for the displaced.

So far, it does not seem that the Banque du Liban is about to “obstruct” securing electricity for the Lebanese from 8 to 10 hours per day, but in return it requires a pledge from the Minister of Energy and the Electricity Corporation that things will go as planned, as the Banque du Liban is no longer able to secure the funds as it is. The previous one without guarantees that it will be returned, and this matter is settled, and the Ministry of Energy has sensed the seriousness of the “Central” in its insistence on changing the methodology that was used in the past, so it is also seriously implementing its conditions, and so far things seem to be positive.

For its part, the “Electricity of Lebanon Corporation” prepared the ground to some extent to secure electricity for at least about 4 hours, according to what its sources confirm, so the steam groups were examined in the Deir Ammar plant. Also, experts from “Ansaldo” and “Siemens” companies, the main manufacturer of the steam generator, are present in the factory to follow up on the details of the development of the works, and they hand the institution a daily report on the completed work.

In the context, Minister Fayyad confirmed to “An-Nahar” that the Banque du Liban promised to issue the letter of credit before the 15th of this month, and therefore the winning companies in the fuel and gas oil tenders will start unloading their cargo around this date.

But while the Lebanese Ministry of Energy promised 8 to 10 hours of food, if things went as planned, follow-up sources confirm that the money may not be enough, especially as it will be distributed between buying fuel, carrying out maintenance work and paying off debts. This is confirmed by an official source at the Al-Zahrani factory, who seems not optimistic about the possibility of securing this number of feeding hours, indicating that it is possible to secure between two and two and a half hours as a maximum. On the other hand, it was revealed that the last batch of Iraqi fuel (about 50,000 tons of fuel) had arrived, distributed equally between the Zahrani and Deir Ammar plants, and this quantity is sufficient to produce electricity for about 20 days.

And according to what was stated in the tender conditions book, it is assumed that the winning companies in the tenders for the procurement of fuel oil and gas oil for the necessity of operating the electricity plants will charge the agreed quantity on December 15, which is the date set by the Banque du Liban to issue the letter of credit, which is a guarantee for the importer to collect his rights in the event The Ministry of Energy could not fully pay the amounts owed to him. BDL sources confirmed that the companies agreed to receive their dues 6 months after the arrival of fuel and gas oil shipments, provided that the Ministry of Energy pays them from the collection amounts after the Electricity Corporation raised the tariff (10 cents for the first hundred kilowatt-hours and 27 cents for every kilowatt-hour in excess of 100 and for all tariffs). other), and in the event that the full amount is not secured, the Banque du Liban undertakes through the guarantee or (letter of credit) to cover the difference in the required amount.

Corona virus: What is the reason for the low rate of vaccination of elderly people in China?

the Department of Justice calls for an independent investigation into FTX