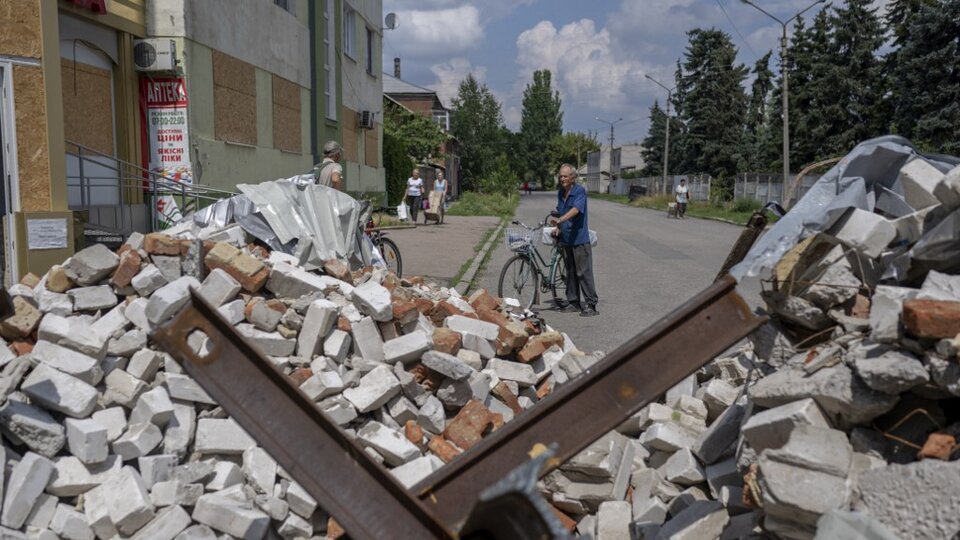 the president of UkraineVolodimir Zelensky accused Russia on Saturday of using the Zaporizhia nuclear power plant to “terrorize” after the facility’s operator reported serious damage to the site.

Energoatom, operator of the Zaporizhia nuclear power plant in southern Ukrainesaid on Saturday that parts of the infrastructure had suffered “severe damage” after military strikes and one of its reactors was forcibly shut down.

Friday’s shelling damaged a station containing nitrogen and oxygen, as well as an “auxiliary building,” Energoatom announced in a message on Telegram.

Russia on Monday accused Ukrainian forces of being responsible for the bombing of the world’s largest nuclear power plant. Ukraine and Europe, and warned of the “catastrophic consequences” it could have for the Old Continent.

The bombing of the facilities of the Zaporizhia nuclear power plant “by the Ukrainian armed forces” is “potentially extremely dangerous” and “could have catastrophic consequences for a vast area, including the European territory”, the spokesman for the Kremlin, Dmitry Peskov.

Peskov urged the allies of Ukraine to “use their influence to stop this type of bombardment from continuing”.

Ukraine The US and Russia blame each other for the attacks on the Zaporizhia plant, Europe’s largest nuclear complex, which has been under Russian control since March.

Ukrainian forces again attacked an important bridge in Kherson, a city in southern Ukraine and occupied by Russian troops, this morning, the kyiv authorities announced.

“What a night for the occupants of the Kherson region. Attacks in the area of ​​​​the Antonovski bridge,” said a regional deputy, Sergei Khlan, on Facebook.

The spokeswoman for the Southern Command of the Ukrainian Army, Natalia Gumeniuk, confirmed the bombing.

“The fire control that we have been developing for several days is working. The impacts are considerable on both the Antonovski and Kajovski bridges,” he told Ukrainian television, the AFP news agency reported.

The Antonovski Bridge, located over the Dnieper River on the outskirts of Kherson, is key to supplying the city as it is the only one that connects the southern bank of the river with the rest of the occupied Kherson region.

On July 27, another Ukrainian bombardment partially destroyed it.