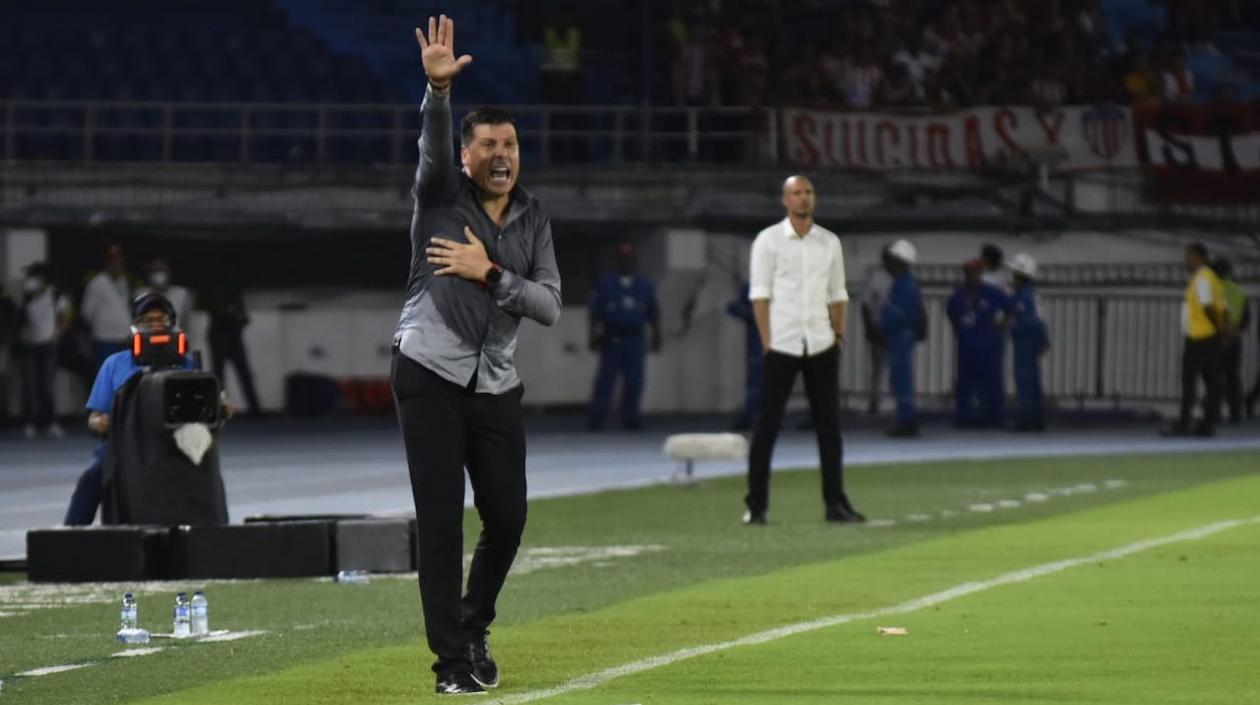 The victory puts the team back on the winning path, after last week’s setback against Once Caldas, on the team’s 98th birthday.

“The truth is that we are happy, we needed to win. We managed to return to victory after a very unfair game, the team played better last weekend, but today we were efficient. a drama. Happy for Carlos Bacca who returned to play. We continue with calm and we have to continue working”, he claimed.

Regarding Fernando Uribe, who reappeared with a goal and a physical ailment, he said that apparently it is not serious.

“Fernando had a problem in the tendon, apparently nothing serious. Let’s hope he’s fine, the important thing is that he played again”, reaffirmed.

Of course, he stated that the opponent’s goals bothered him, especially the one with a still ball, which continues to be a headache for the team.

“I was not satisfied with those two plays. The game ends when the referee blows the whistle and it is always better to finish 4-0 than 4-2. We have to work and we have to improve that. They have to serve as a wake-up call “, he commented.

Lastly, he said that the head is already in the second leg against Atlético Nacional, in a visiting duel and with a three-goal advantage.

“I think that as a visitor, we have come from the fact that in the last two games we have not lost. We have obtained results in difficult places and we have to continue improving. Last semester, at this point, we had 9 points, today we have 11 points. Against Nacional we have the advantage, but it is nothing definitive”hill.

These are the sexiest of Kylian Mbappé and Memo Ochoa