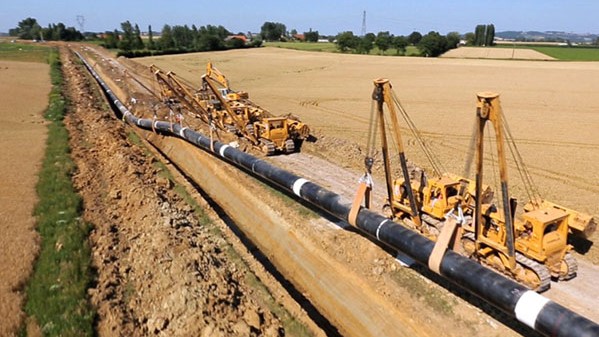 Launched in 2017, the Nigeria-Morocco Gas Pipeline Project is a 7,000 kilometer pipeline that crosses the territorial waters of 13 countries. The common project is of crucial importance for economic development and inter-African integration because it would significantly solve the problems related to regional energy security.

The project also has the potential to address heightened energy security concerns in Europe amid the ongoing Ukraine crisis, tight global gas supplies and Western sanctioning of Russia. Where is the Moroccan section of this project promoted by the National Office of Hydrocarbons and Mines of Morocco (ONHYM)? If the project of the continental route is more or less known, we now discover the details of that of the Moroccan part of the gas pipeline.

Imane Mansouri, representative of ONHYM, argues that “the Moroccan part of the Nigeria-Morocco gas pipeline has been called Dorsale Atlantique, and will be, as its name suggests, the backbone of the gas infrastructure to be developed in Morocco”. . That said, the gas pipeline would offer Morocco an alternative to costly exports of liquefied natural gas (LNG), especially since the Kingdom currently imports nearly 90% of its energy needs, which makes it particularly vulnerable to fluctuations and volatility in energy prices which leads to a significant deficit in Morocco’s external trade balance, in addition to increasing the budget allocated to subsidizing energy products to preserve national purchasing power. Something that depletes the country’s currency reserves.

Speaking at the conference organized by the National Electricity Regulation Agency (ANRE) on the occasion of the 2nd MEDREG President’s Workshop, Imane Mansouri highlighted the specificities of the strategic project, painting a picture of the transition energy in the Mediterranean. In this sense, it focused on the deposit and exploitation of natural gas and related products that the Nigeria-Morocco gas pipeline would allow.

The monitoring of natural gas pipelines is an important task for economic and safety operation, loss prevention, environmental protection, but also for industrial development.

The representative of ONHYM thus mentioned, during the presentation, the six phases of the development of the project, each of which is designed to connect an industrial zone that consumes a lot of natural gas to the pipeline, noting that the Dorsale Atlantique , with a length of 1672 km, will relay the GME gas pipeline in the Dakhla region, the drop-off and arrival point of the Nigeria-Morocco gas pipeline.

The proximity of gas to these areas will increase efficiency, minimize operating costs and maximize production, thus contributing to the economic growth and social development of the regions concerned.

“The first phase concerns the Kenitra region, which is currently supplied by local production, but the demand is so great that having an additional supply of fuel with natural gas could be a plus, allowing the decarbonization of existing industries”, Mansouri said, pointing out that the Nigeria-Morocco gas pipeline is a high-impact project that will affect a population of some 340 million people.

Towards an optimization of inter-African integration

Effective regional integration in Africa would not only enhance continental trade, but also attract investment in manufacturing. African countries remain fragmented, preventing companies from investing in the development of efficient supply chains on the continent. Promising a reliable and stable source of gas, the giant gas pipeline and its strategic route will now enhance the continent’s potential to attract investment and contribute to socio-economic development.

Thus, the importance of the project lies in the fact that it constitutes the main path of development and integration across borders. According to many experts, this is a strategic Atlantic project that aims to improve the energy security of African and European countries, where natural gas is the second most important primary energy resource after petroleum products, as well as a crossroads of the energy interests of many international players.

Indeed, in addition to the 13 countries that the pipeline will cross, it will connect three additional countries: Mali, Burkina Faso and Niger. Gas reserves are estimated at 5400 billion cubic meters, and they will be supplied mainly by Nigeria, Mauritania, Senegal, Ghana and Côte d’Ivoire. The target markets are Europe, which will be favored as the first market, West Africa and Morocco, says Imane Mansouri. However, it is only when investment in these areas increases that the pipeline can meet these obligations, Nigeria’s Minister of State for Petroleum Resources, Timipre Sylva, said in late March.

In this sense, the President of Nigeria Muhammadu Buhari recently urged the UK and EU countries to invest in the pipeline project in order to successfully deliver Nigerian gas to Europe. This acceleration of the implementation of the Nigeria-Morocco gas pipeline comes at a time when Europe is facing a serious energy crisis caused by the Russian-Ukrainian conflict and the Russian threat to cut off gas supplies to Europe and in oil for several months.

La Confitería del Molino reopens its doors: when are the visits and how to sign up | To show the progress of your restoration