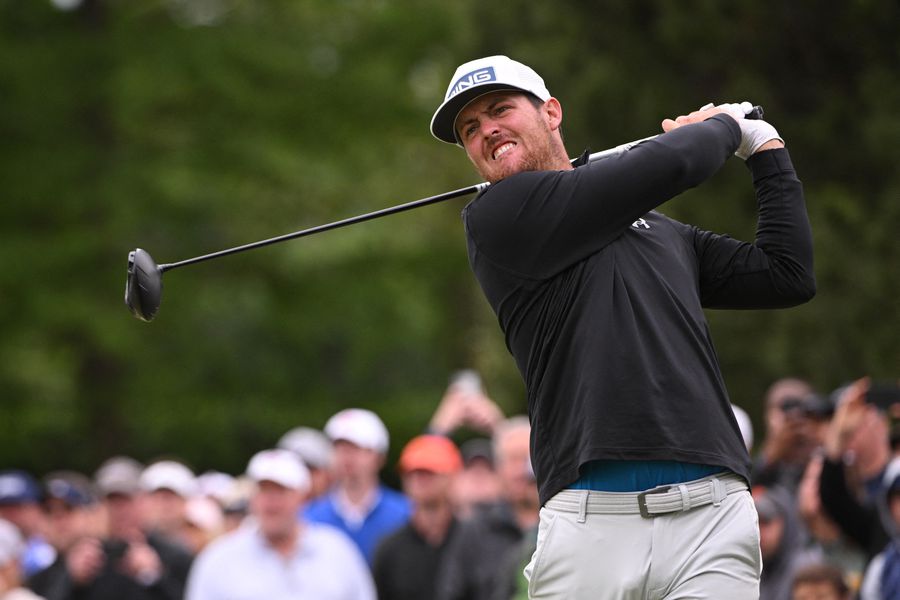 Guillermo Pereira got through a difficult third round to reach the end of the PGA Championship as the leader. The Chilean made history again, completing an unprecedented round for national golf in a major and this Sunday he will face the last day of the contest starting at the top, after finishing Saturday with a -9 card that left him with three strokes advantage over his closest followers, the Englishman Matt Fitzpatrick and the American Will Zalatoris.

The start was positive for the native of Pirque, who began the course on hole 1, in the stellar group, due to his remarkable performance on Friday, in which he made history by becoming the first national to start a round in the top 3 of this type of tournaments. Despite the fact that he left his first hole of the day uneven, at his side Zalatoris started in the worst way, with an entry bogey that allowed Pereira to reach the momentary lead, starting a heads up from very early.

In that scenario, Mito had a unique opportunity at the Southern Hills Country Club in Oklahoma. One that in this type of tournament should be used to the death. Confidence was there, not for nothing did he come to Saturday on the prowl for the pointer, breathing him in never. And he did not disappoint. On the second hole he achieved the birdie that, by the way, placed him at the top, alone, while the American tried between his nerves to cut a blow to the course, but without success.

Pereira was presented with a new chance, traced to the first. His main rival in the fight for the top added her second stumble of the day at the fourth flag, so avoiding bogeys was going to be key. But the Chilean went for more, he knew that a birdie on the next hole (the fifth) was going to give him a significant amount of peace of mind. And he found it, while Zalatoris exhibited many difficulties in his work with the putt. Inaccuracies that gave Mito more life.

The round seemed increasingly sweet to the Chilean, a product of the inaccuracies of the American, who, on the sixth hole, was once again forced to use a shot over the par of the course, being momentarily equal in second place with his compatriot Bubba Watson, at -6, and then dropping another spot. Pereira, meanwhile, rubbed his hands in the upper part, where, at that moment, he was four shots ahead of his followers, with -10.

The battle seemed to be comfortable for the national, but the situation changed radically in the eighth hole. It was there that the suffering began for Pereira. His card was hit with three consecutive bogeys as the wind increased his intensity. Of the four shots ahead of his escorts, he was two after the tenth flag, with a score of -7, while the cards of Watson, who also bogeyed on the 10th hole, and Zalatoris were at -5.

Pereira did not have a good time since then. A new bogey on the 12th hole meant a strong slap against him. Her mind was cloudy and recovering as soon as possible was urgent, even more so because at flag 13 Zalatoris put pressure on him with a shot under par. But Mito overcame and held the sole lead, returning to birdie at just the right time and repeating on the next hole.

Myth had an anthology closure. With a notable birdie that allowed him to increase his lead and look at his escorts from further away. Now, everything is in his hands. Whatever happens, the Chilean showed that he is up for big things.

Niemann, for his part, came from a day of bitterness and smiles. Of those that are typical of this type of tournament. Because, although you can be at your highest level, not being able to maintain it is expensive. Joaco had had a promising start, but then his game was affected by a strong wind that prevented him from repeating his great start in the final run. He was too imprecise, which made him end the day with a total score of -1.

It is for the above that the talagantino had the mission of improving their numbers to approach the outposts. The task was not minor, because for this he was going to have to make a little more effort, increase his concentration to the limit and exhibit his maximum precision in the blows. I already knew that the court was complex, so completing a round without errors was going to be essential.

Joaco, who made the journey accompanied by the American Talor Gooch, had a hard time settling in at the beginning. Despite him, he kept the first two flags even, The panorama was complicated for him in the third, where he scored his first bogey of the day, so he was going to have to paddle from behind in the following ones. Cutting a shot to the field was vital to not give up more ground.

It seemed that Niemann reacted in time. With a birdie on hole six that drew applause from those present. A remarkable shot that gave him a boost and aroused a new illusion. However, he hit the pair again at the 8th, seeing his hopes of getting to the top hit again.

Before the halfway point, the champion of the Genesis Invitational last February achieved a new shot under par to face the final run with a little more confidence, despite the irregularity he had been showing. However, the last nine holes were bitter for him, as he regretted two bogeys, on holes 14 and 16, which again left him with a negative balance of +2.

At the end, a birdie at flag 17 gave him one last chance to close the day even. However, he finished with another shot over par from the court, ending the day +2 and in 24th place. His total card is +1, so he is 10 strokes behind Mito, who this Sunday is going for his first title on the PGA Tour. Nothing more and nothing less than in a major.

Actor Ahmed Benaissa died this Friday in Cannes, just before the screening of his film in competition