The official dollar price today it is “stable”, in a scenario of slow daily devaluation, but the new measures of the Government that reflect a deepening of the exchange trap and make access to foreign currency in the legal market more expensive, show that there is a serious underlying problem and they generate more and more pressure on the exchange rate.

So the pessimistic forecasts for the value of the US currency are higherespecially in a context of high inflation (accumulated 83% in the last twelve months) and a shortage of net reserves in the Central Bank.

Even the recent measure to increase the tax component that makes up the “tourist dollar” (retailer ($157.5) plus 100% miscellaneous surcharge), which brings you to about $315raises the floor for the rest of the exchange references and widens the gap with the official exchange rate.

In short, the pressures are varied so that the price of the dollar rises more.

In this framework, the FocusEconomics international report for October has just been published, in which more than 40 national and foreign economists make their projections on the price of the dollar in Argentina.

In the same, Some experts estimate that the official exchange rate may rise to $184.4 by the end of the year. A figure that, if fulfilled, would indicate that in all of 2022 the devaluation can reach up to 79.5%.

A very high figure, although it would still be surpassed by inflation, since the consensus of the analysts surveyed by FocusEconomics projects a rise in prices in the economy throughout this year of 95.4%, which means an increase of 4.3 percentage points compared to what was estimated in last month’s report.

Some economists are already estimating that the price of the official wholesale dollar may rise to $184.4 by the end of the year.

On the side of the economists who project the highest price of the official wholesale dollar for the term of December to come, is in first place the consulting firm founded by Orlando Ferreres (OJF & Asociados), with a forecast of 184.4 pesos.

About, Fausto Spotorno, An economist from this consulting firm, told iProfesional: “We expect this dollar price level for December due to the rate of monthly devaluation that the Central Bank is experiencing. Today it would seem that the way to correct the official exchange rate is gradually, which may have some exceptions such as the ‘soy dollar’ or ‘Coldplay dollar’. That will also depend on the next restrictions to be imposed“.

Among the highest prices expected for the official exchange rate, Empiria Consultores can also be mentioned with $181.8, and Itaú Unibanco and Quantum Finanzas complete the podium, with a forecast of $180 in both cases, for the last day of December. coming.

These dollar projections correspond to a “devaluation without discrete jumps, in the framework of a daily depreciation similar to the current one,” he assures iProfessional Francisco Gismondieconomist, director of Empiria Consultores and former Director of the Central Bank.

In the same vein, Fernando Baereconomist at Quantum, Daniel Marx’s consulting firm, completes: “We believe that the official exchange rate will continue to move more in line with inflation, with monthly depreciation levels of around 6.5% to 7%, in an attempt to maintain purchasing power parity”.

Likewise, this expert notes that it should also be take into account the appreciation of the dollar in the world and, in particular, to the currencies of Argentina’s trading partners. Something that “will add pressure to have more aligned movements in that sense.” 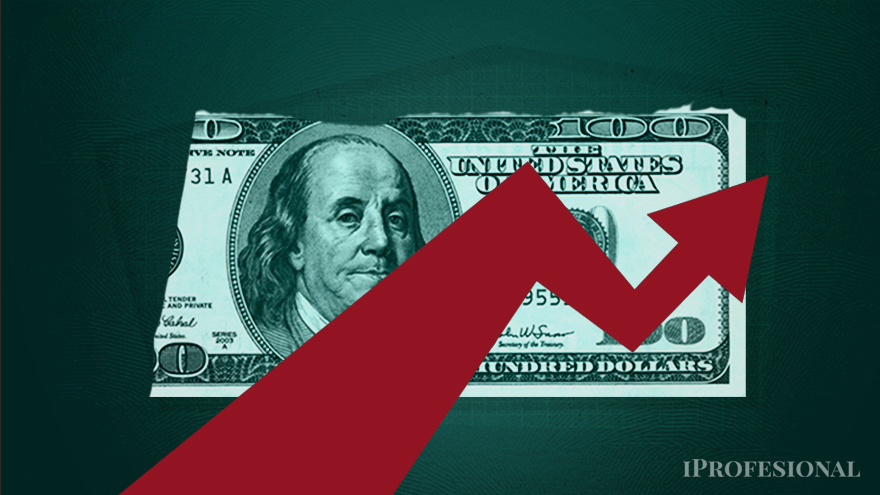 The price of the official dollar is pushing up due to high inflation and the shortage of foreign currency in the Central Bank’s reserves.

Inflation pressure at the price of the dollar

In the estimates of a higher price for the official dollar for the end of 2022, the march and pressure exerted by high inflation, which in the last quarter was 7% per month.

“If in the coming weeks the Central Bank shows a willingness to speed up the daily rate of devaluation, to a level in line with or marginally higher than inflation, whose dynamics continue to worsen and is already set to exceed 100% by the end of the year, we expect a exchange rate of $179.8 for December”says iProfessional Isaiah Marinieconomist at Econviews.

Regarding this perspective, this analyst notes that it should at least reach that expected price level, to “not to further worsen the exchange delay that deepened in recent months.”

In this sense, it details that today the real exchange rate is 14% lower than the level of December 2021.

“Avoiding a greater exchange delay seems increasingly necessary, given that the seasonality of the supply of dollars will play against it in the coming months, with the lower settlement of the field, which already advanced as much as it could in September, and with a drought that worsens the outlook. To which is added the strong demand for dollars for tourism,” warns Marini.

Regarding the greater stocks against the dollar and the different exchange rates that arise from this issue, this economist considers that, ultimately, “They represent a covert devaluation, but very partial. Something that leads us to think that the Government seems to be willing to tolerate any exchange disorder, in order to avoid a devaluation of the official dollar. Even going against what was promised to the IMF.”

But, above all, what most worries specialists is the progress of prices in the economy.

“The inflationary dynamics worsened and some measurements mark a monthly 8% in food, which predicts inflation above 100% this year and that it will continue in three figures in 2023, although the Government says it will drop. And, in this context, betting on delaying the exchange rate is a lousy move, where little can be gained in terms of prices, but the probability of a jump in the future of the dollar is significantly increased”warns Marini iProfessional.