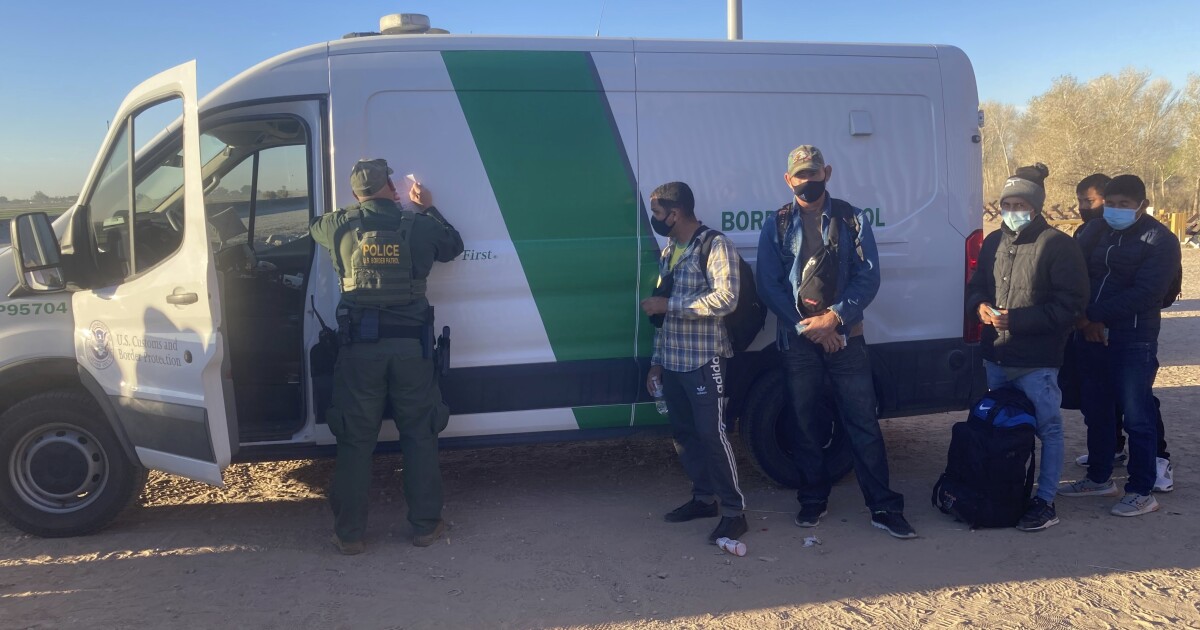 U.S. border officials say a Mexican migrant who died of gunshot wounds after an encounter with a Border Patrol agent over the weekend was shot while being detained after trying to escape.

The Office of Customs and Border Protection (CBP for its initials in English) specified in a statement that the incident occurred after two agents on horseback responded at around 9:00 pm on Saturday to reports of migrants detected in a mountainous area. remote, about 50 kilometers (30 miles) northeast of Douglas, Arizona. It was the agency’s most detailed account of what happened.

A month earlier, new CBP Commissioner Chris Magnus took office after a stint as Tucson police chief, where he overhauled the department’s use-of-force policy and pushed for more accountability.

Problems with abuse of force are among the many challenges Magnus faces in his new role.

CBP said the migrant was shot in the area known as Skeleton Canyon after agents apprehended three migrants who were in the United States illegally and spotted a fourth trying to escape.

An agent followed the latter down the slope into the canyon, and “as he was arresting him, he discharged his weapon, fatally wounding the migrant.” The agent has not been identified.

Agents at the scene called for backup, and two other migrants from the same group were found and detained.

Ricardo Pineda, the Mexican consul in Douglas, confirmed Wednesday that he has contacted the family of the deceased and will help in whatever is required. He said authorities were asked to conduct an investigation strictly in accordance with the law.

“This is very worrying for us,” Pineda said. “We look forward to a thorough investigation.”

The Pima County coroner’s office said an autopsy determined the migrant died as a result of multiple gunshots. He said he wouldn’t have any more information until the final report is issued.

CBP said the Cochise County Sheriff’s Department and the Pima County Coroner are investigating the incident. He is also being examined by the CBP Office of Professional Responsibility.

Upon completion of the review, the incident will be reviewed by CBP’s National Use of Force Review Board.

Gil Kerlikowske, a former deputy director of CBP, pushed for changes to Border Patrol policies on the use of force after he took office in 2014. He made those policies public knowledge and required agents to carry less-lethal weapons. and be trained in its use before retiring in 2017, when the government of now former President Donald Trump began.

Kerlikowske had also ordered the Border Patrol under his supervision to issue a statement within four hours and hold a press conference within 24 hours in the event of any use-of-force incidents. hours of the event.

Border agents have been involved in an increasing number of use-of-force incidents in recent years.

During the last 28 months of the Trump presidency, CBP recorded a monthly average of 50 instances of use of force. Under President Joe Biden, those incidents have risen to an average of 70 per month.

There have also been more fatal incidents involving Border Patrol agents, though the number of encounters with migrants has risen at an even higher rate.

Nearly 60 Border Patrol encounters resulted in deaths in 2021, three times the total in 2019 and four times the annual average for the decade.

Interfor formalizes the acquisition of EACOM factories in the region