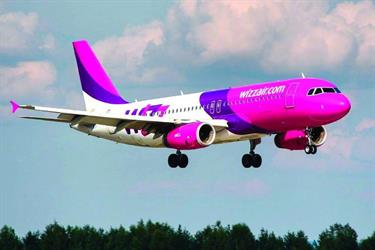 King Abdulaziz International Airport said that Wizz Air flights will depart from the northern terminal to 7 international destinations around the world, at nominal prices.

Wizz Air started its operations in the Kingdom last September, through a press conference at King Fahd International Airport in Dammam, so that the company began operating flights to and from the Kingdom.

It is noteworthy that “Wizz Air” flights offer more than one million seats at a reduced price, and they fly to several destinations, including Bucharest, Budapest, Catania, Lorca, Milan, Naples, Rome, Tirana, Qarna, Venice and Vienna.