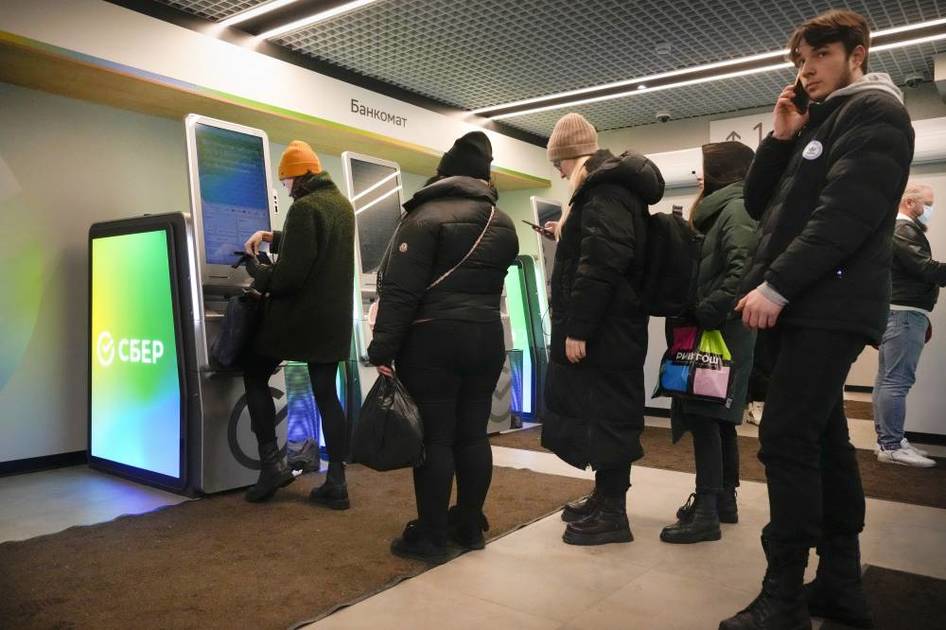 Western allies adopted a new package of financial sanctions against Moscow; Because of its military operation in Ukraine, they planned to exclude several Russian banks from the SWIFT platform for global interbank transactions, a vital tool in global finance.

Leaders of the Group of Seven leading industrialized nations said on Sunday that the Western allies had decided to separate “certain Russian banks” from the global interbank messaging system known as “SWIFT” in response to Russia’s attack on Ukraine. This statement, which was contained in a joint declaration published by the French presidency, did not specify the Russian banks targeted by the decision. He added that a working group of European countries and the United States would soon be formed to coordinate sanctions against Russia.

In a joint statement, the White House said the leaders of the European Commission, France, Germany, Italy, Britain, Canada, and the United States “are committed to continuing to impose costs on Russia that will further isolate Russia from the financial system and our economies.” The SWIFT financial system, explaining that measures will be taken “in the coming days,” and the European Commission announced the exclusion of Russia from the SWIFT system. A spokesman for the German government, which is currently chairing the Forum of the Group of Seven major industrialized countries, said that the sanctions include “all Russian banks that have previously been sanctioned by the international community, and other banks if necessary.” According to the European Union, sanctions currently cover about 70 percent of the Russian banking sector. The Western allies also decided to restrict the Russian Central Bank’s market access in order to make it more difficult to prop up the ruble’s depreciating exchange rate since the start of the invasion of Ukraine. European Commission President Ursula von der Leyen spoke of a desire to “shell” the assets of the Russian Central Bank. The new sanctions will also include the Russian oligarchs and their families, to prevent them from acquiring the citizenships of Western countries. The United States, France, Germany, Britain, Canada, Italy and the European Commission “stressed their readiness to take further measures if Russia did not stop its offensive against Ukraine, and thus against peace in Europe,” according to a German government spokesman.

These measures are aimed at depriving Moscow of using the $630 billion of the central bank’s foreign exchange reserves in its operation in Ukraine and to preserve the value of the declining ruble currency. A US official said that if a bank isolated from the Swift system wanted to send a payment to a bank outside Russia, it would likely need to use a phone or fax machine, but the official added that most banks around the world would likely stop all transactions with banks. The Russian is isolated from the system. (agencies)

Brother Tiger likes it! Dortmund gave away points for the team to escape death after losing to Augsburg