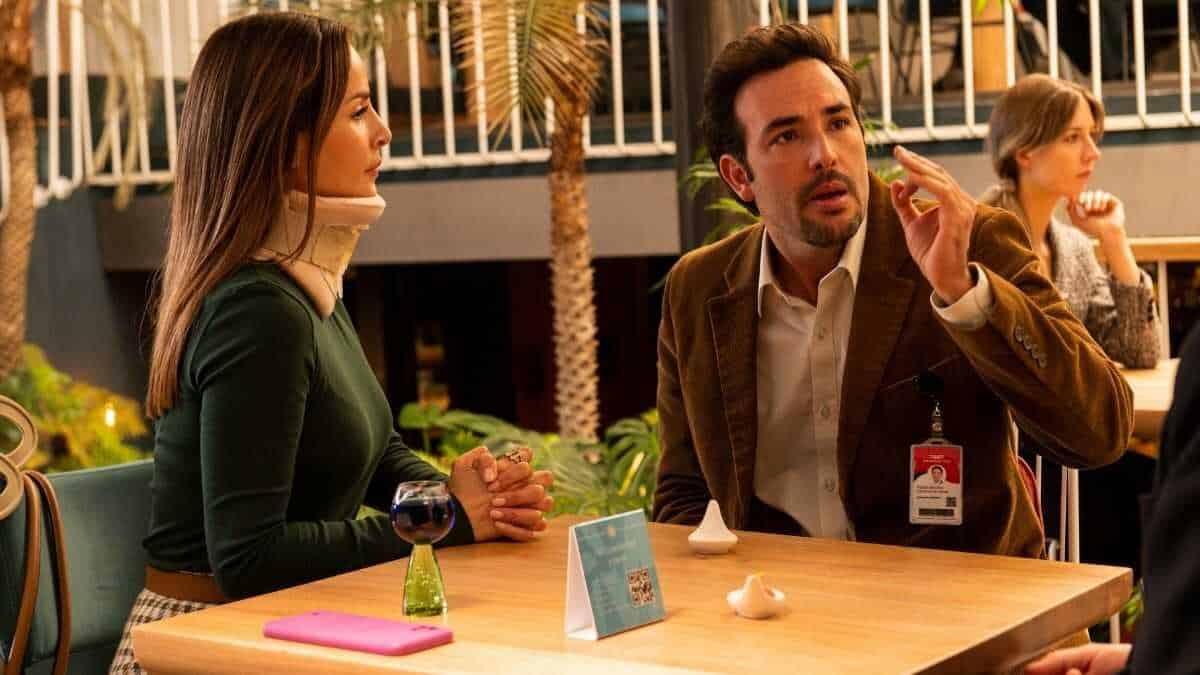 Felipe confesses to Alejandra (carmen villalobos) that he had planned to buy the trucks only if they went to bed, but seeing how it turned out after the accident, he decided to do the business with the Koreans.

Rafael (Sebastian Martinez) confronted the businessman and asked him to respect the general manager of Ramenautos; She took the opportunity to express the qualities that Ramenautos trucks have compared to Korean ones.

Marino (Julian Arango) and Ramírez tell the commercial group that they verified that Alejandra gave the blacklist to Méndez and everyone is surprised.

Alejandra called Méndez’s attention because of the way she spoke to the client, however, the businesswoman was happy when Felipe told her that he would do business with them.

It may interest you: Until silver do us part | Chapter 11 | Méndez’s toxic girlfriend

Marino tells Bernal (Alexander Gutierrez) that Alejandra preferred to go to lunch with Rafael and told him that Maldonado was walking all over him.

The sellers find out that Alejandra and Méndez achieved the millionaire agreement, and they ask Méndez how much he commissioned. Rafael’s response was surprising when he assured that he did not win anything because the client belonged to the Doctor.

Maldonado tells Rafael that no matter how many sales he achieves, she will never forget that he was to blame for the accident and for the changes in her life. In the middle of that conversation, Bernal walks into the office and is happy about the sale.

Not to be missed: Until silver do us part | Chapter 10 | Alejandra and Vicky drive Rafael crazy

The president of the company asks Rafael to dress appropriately to work at Ramenautos and congratulates him for not charging a commission. In addition, he clarifies that Alejandra will not receive a peso either because she herself said that the business was closed by Méndez.

Papeto tells her to Milena (Stephanie Duque) that it is better not to be seen because he does not want problems with Rafael, because Jaime (José Daniel Cristancho) can tell Mendez something. Milena gets upset with Jaime.

Luciano tells Alejandra that he sees her in a bad mood lately and she insists that Rafael is to blame for everything. She takes the opportunity to tell her fiancé about the commission she lost and Luciano asks her to continue with his strategy of making life impossible for the seller.

Vicky (Juliette Pardeau) is upset with Rafael for working in the time he has for her and allowing Alejandra to make his life impossible. Méndez insists that the Doctor is a good person and she only wants to help him.

see also: Till money do us part | Chapter 9 | Rafael is the new seller at Ramenautos

“We are going to play Boston”

E.Leclerc: on the occasion of Mother’s Day, very good plan on the Vivlio e-reader